0 January 12, 2019 3:33 pm
The Undertaker to appear on todays WWE Raw ahead of clash against Goldberg
Good news for Ronaldo fans,Juventus star not to be charged for rape in US
Step Towards Normal:Premier League clubs agree to resume contact training amid virus

Seth Rollins and Dean Ambrose slugged it out for the Intercontinental Championship on last week’s show in a huge ‘Falls Count Anywhere’ match. During the match, there was an incident that was captured on camera, that will have many of you in splits.

Ambrose has been a devious heel ever since he turned on his Shield Brother, Seth Rollins, on the same night that Roman Reigns announced to the world that he was relinquishing his Universal Championship and fighting a real-life battle of his own. And yet, he broke character during this match, to save his wife’s iPhone.

In case you didn’t know…

Dean Ambrose captured the Intercontinental Championship from Seth Rollins at TLC. Ever since then he’s defended against the likes of Tyler Breeze and Apollo Crews on weekly TV.

This week, Ambrose and Rollins took each other on in the main event. Rollins seemed to have the match won but Bobby Lashley made the save. This is after Rollins attacked Lashley at the very top of the show.

The heart of the matter

During the course of the match, Ambrose and Rollins brawled all over the arena. At one point, both of them came close to the RAW announcer’s table, where Ambrose’s wife Renee Young was providing commentary.

Young’s phone fell close to where the two men were slugging it out and it was in danger of getting damaged. Realizing this, Dean Ambrose broke character and tossed his phone to Michael Cole during the match, who promptly kept it in a safe place. Even during a hard-fought Intercontinental Championship match, Dean Ambrose remains a very loving husband.

Rollins will take on both Ambrose and Lashley in a Triple Threat next week. Will the heels team up? Will more iPhones be in danger? 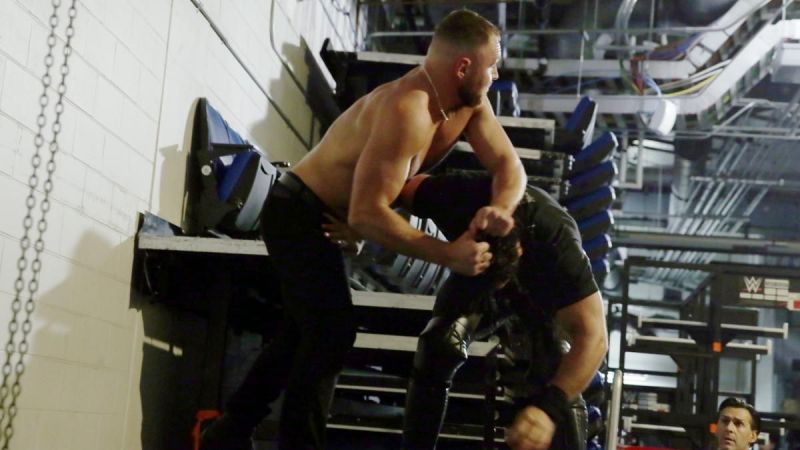