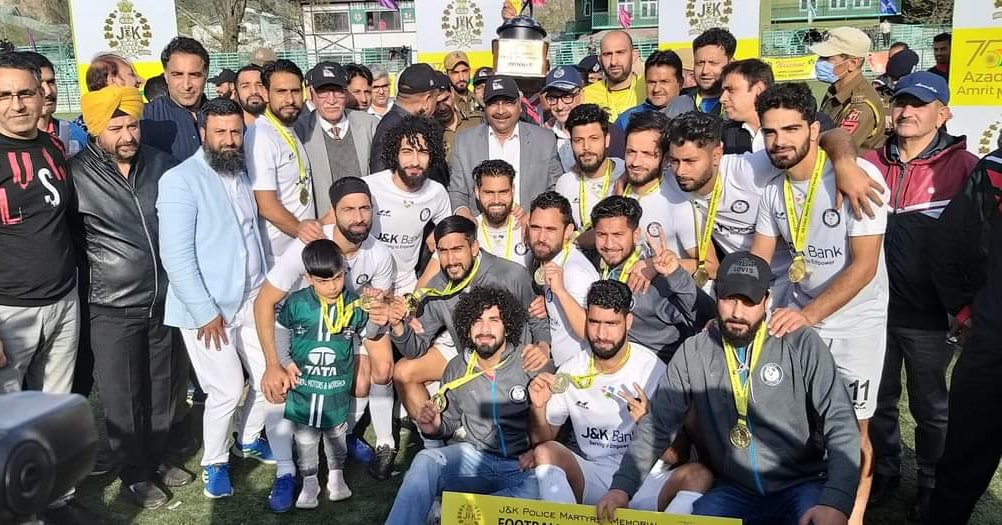 Director General of Police J&K Dilbag Singh was the chief guest at the prize distribution ceremony.

DGP J&K speaking at the closing ceremony congratulated the winners, runners up teams and said that Jammu & Kashmir Police is committed to boost to the sports and other Youth Development activities in J&K. He congratulated the ADGP Armed J&K and JK Football Association for successful conduct of the mega event.

He said that it feels good that after the COVID19 waves we all are witnessing a game which is highly popular in Kashmir and gives an opportunity to all to celebrate sports. He said last year in-between the two waves of COVID-19, J&K Police organised a number of sports events in which around 70 thousand youth participated in different sports activities across J&K.

Speaking to the media, the DGP said that the game of football is highly popular in Kashmir and the exhibition match played by girls exhibits that they have high potential and must be provided more opportunities, he added.

ADGP Armed J&K thanked the DGP for gracing the ceremony and briefed about the fixtures and participation of teams in the tournament. He also thanked the players, spectators, media persons, and the people for making the event a success.

The J&K Police Martyrs Football Tournament was inaugurated on 17th of March in which 16 top teams from Kashmir and two teams from Jammu division participated. Total 16 league, quarter, semi final and final matches were played.