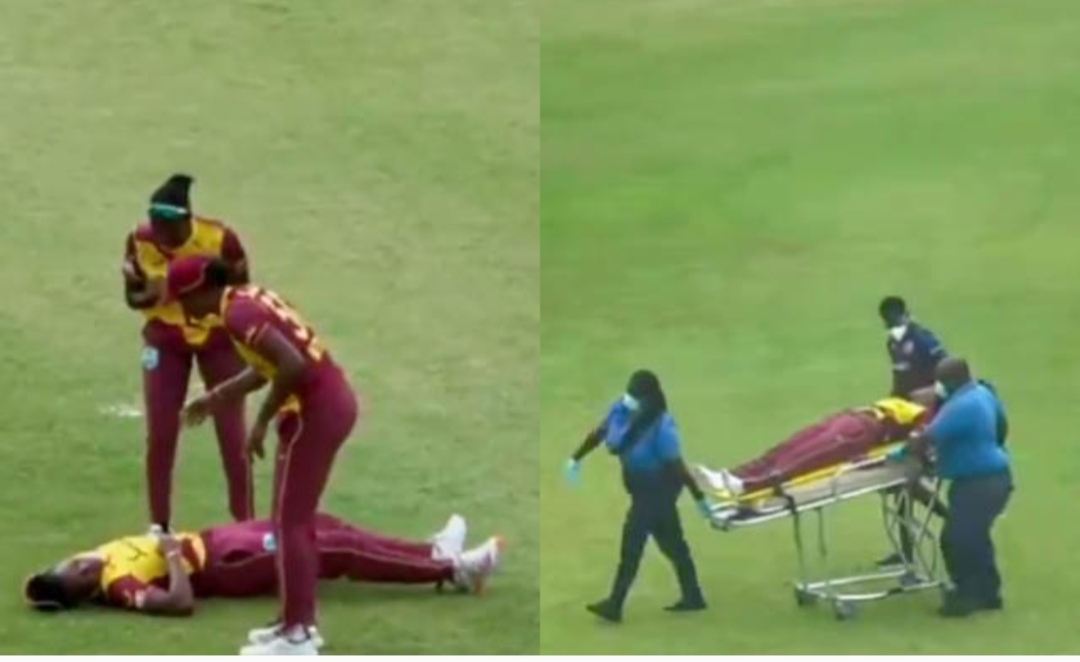 Srinagar, 3 July : Bringing to mind recent Euro 2020 incident in which Dutch footballer collapsed during the game and had to be revived , the two West Indies Women players Chinelle Henry and Chedean Nation collapsed on the field during the second T20 International (T20I) against Pakistan Women at Coolidge Cricket Ground in Antigua on Friday.

Both the cricketers were taken to hospital and thier condition was stated to be stable.

“Chinelle Henry and Chedean Nation were taken to hospital for medical attention. Both Henry and Nation are conscious and stable at the hospital and are being assessed,” Cricket West Indies said in a statement.

After the incident, the home team brought on two substitutes, and the game continued.

Batting first, the Windies posted 125/6 on the board courtesy of their wicketkeeper-batter Kycia Knight’s 30 off 20 balls.

For the visitors, Fatima Sana was the pick of the bowlers. She returned with figures of 2/18 in four overs.

While chasing, Pakistan could only score 103/6 in 18 overs before the rain interrupted the proceedings. Nida Dar top-scored with 29 off 39 balls.

The hosts were eventually declared winners by seven runs based on Duckworth-Lewis-Stern (DLS) method as the game was affected by weather interruptions.

With inputs from Agencies