NEW DELHI: This weekend’s bonanza IPL player auction will once again pit the moneybags, scouts and decision-makers of the eight franchises against each other in a frenzied bid to purchase serious T20 talent. Of the 218 overseas cricketers go under the hammer in Bengaluru on January 27-28, here are ten who could fetch hefty paydays.

In three T20Is this year, Munro has smacked 66 off 23 balls, 104 off 53 balls – the first batsman to score three hundreds in the format – and 49* off 43 balls. This, after he scored two T20I centuries for New Zealand last year. So far the left-hand batsman has failed to make an impression in the IPL – he’s featured for Mumbai Indians and Kolkata Knight Riders – but after a successful last 12 months, he should find a lot more interest. He’s not ranked No. 1 in T20Is without reason.

Last year, Stokes became the most expensive overseas purchase at an IPL auctionwhen Rising Pune Supergiants forked out a whopping Rs 14.5 crore for his all-round series. With 316 runs and 12 wickets, Stokes emerged Pune’s most impressive bet and helped them into the final and was voted Player of the Tournament. Though Stokes’ career has been hit by the results of a drunken bar brawl which resulted in him missing the Ashes, his impressive achievements in the IPL last year should see franchise bid fiercely for his services.

When you finish as 2017’s leading run-getter and six-hitter in T20Is, with a top score of 125 not out from 62 balls, you clearly have done a lot right. Lewis was inconsistent, but his big hitting would not have gone unnoticed (especially since that aforementioned century completed a chase of 191 with nine balls left, leaving India looking dazed). Also in 2017, Lewis helped Dhaka Dynamites to the Bangladesh Premier League final with 396 runs in 12 games at a strike-rate of 159.03, which prompted Chris Gayle to comment that the batsman could surpass his extraordinary T20 career.

The leading wicket-taker of the ongoing Big Bash League, Tye announced himself to the Indian audience in 2017 when he took a hat-trick on debut for Gujarat Lions. In six games before injury ruled him out of the IPL, Tye scalped 12 wickets at an average of 11.75 and miserly economy of 6.71 runs per over. In six BBL games this season, the seam bowler has 16 wickets and another hat-trick to his credit.

Rashid was the spearhead of Afghanistan’s bowling in 2017 and proved highly effective, as an economy of 4.57 underlines. His 17 wickets in 10 games put him as the third-highest wicket-taker in T20Is last year, and so far in the 2018 Big Bash League Rashid has taken 12 wickets while conceding a miserly 5.46 runs per over. In his first stint with the IPL last year, the legspinner took 17 wickets for Sunrisers Hyderabad at an economy of 6.62. Will he earn a heftier pay check this time?

Archer, born in Barbados but plying his trade for Sussex in county cricket – he took 61 Championship wickets last season – has made headlines for his success in the BBL for Hobart Hurricanes. His fiery right-arm pace has caused problems for opposition batsmen, notably some searing yorkers, and his fielding has filled up highlight reels. Such electric skills have earmarked him for a fat pay check come the IPL auction.

If you hadn’t heard the name D’Arcy short until last month, its understandable. The left-hand batsman has been playing for Western Australia since 2011, but only burst into the limelight in the ongoing BBL. This year, Short has been sensational for Hobart Hurricanes, breaking the mark for most runs in a season and the highest sore in the BBL, and has surely caught the attention of some IPL franchises. His explosive batting and handy left-arm spin would be an asset to any team, and Short looks set to be the most sought-after uncapped overseas player.

Last week, Roy added his name to the record books, eclipsing Alex Hales’ previous mark of the highest score by an Englishman in ODI cricket. His 180 against Australia at the MCG surpassed Hales’ 171 and powered England to a successful chase of 305. Though Roy had a poor run in the BBL, with a highest score of 21 six matches, his successful return to the England setup should have made IPL scouts take notice.

The No 1 ranked bowler in T20Is, Ludhiana-born legspinner Sodhi will be eyeing an IPL contract after an impressive run. During the 2017-18 International season, Sodhi claimed 18 wickets at economy of seven per over, and in the ongoing Super Smash (New Zealand’s domestic T20 competition) has 10 wickets at an economy of 7.30. With legspin the hottest commodity in T20s today, Sodhi’s brand of slow bowling has a shot at being highly valued in the IPL.
Quinton de Kock (SOUTH AFRICA)

Not one of Delhi Daredevils retentions ahead of the IPL, the South African is a superb package in T20 cricket. He opens the batting, hits the ball hard, scores all around the ground and is a very fine wicketkeeper. Though he only managed 118 runs for South African domestic champions Titans in the Ram Slam T20 Challenger, the fact that in the final he was Batsman of the Match is a reminder of what de Kock can bring to the table. He has success in India, too: 720 runs at 32.72 for Daredevils and 471 at 52.33 in nine international matches. 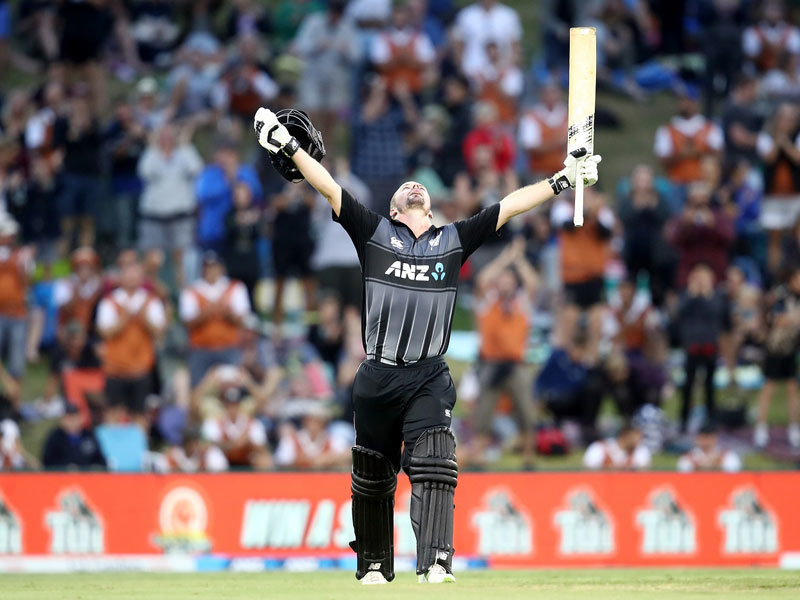