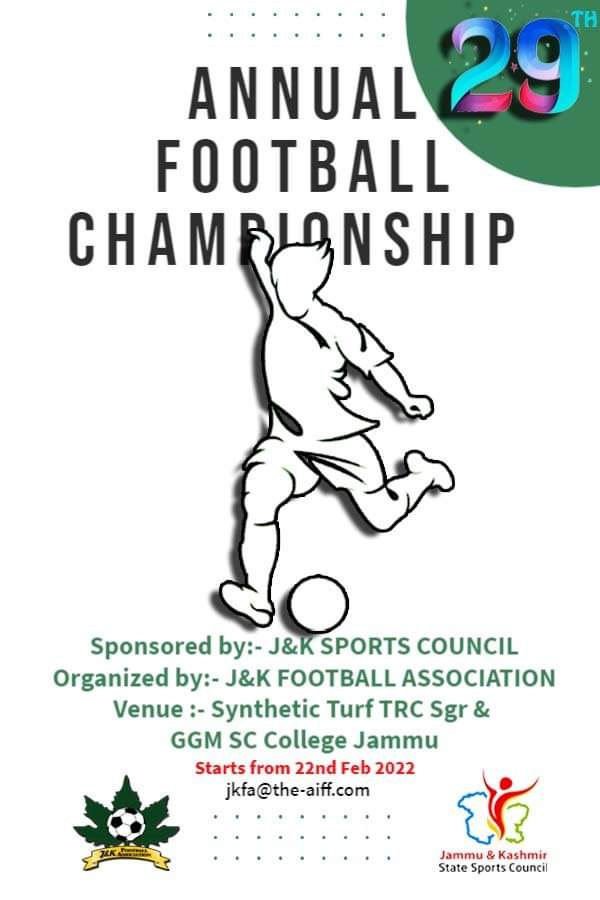 The first phase of the 29th Annaul Football Championship 2021-22 is going to kick start in Srinagar on Febuary 22, in which all the districts and Zones of Kashmir Province will participate (16 Teams).

The second phase will be played at GGM Science College Jammu from Febuary 27 for all the District of Jammu Province and local Clubs.

Four Teams each who will qualify from Kashmir Province & Jammu Province from Phases I & II will lock horns in the final phase with Premier Division Teams/ I-League Teams/ Departmental Teams at Jammu who wish to participate.

In this connection a meeting of the Presidents, Secretaries of all DFA’s, Zones of Kashmir Province was held on 16th of Feb 2022 where the modalities of the Championship was discussed in detail.