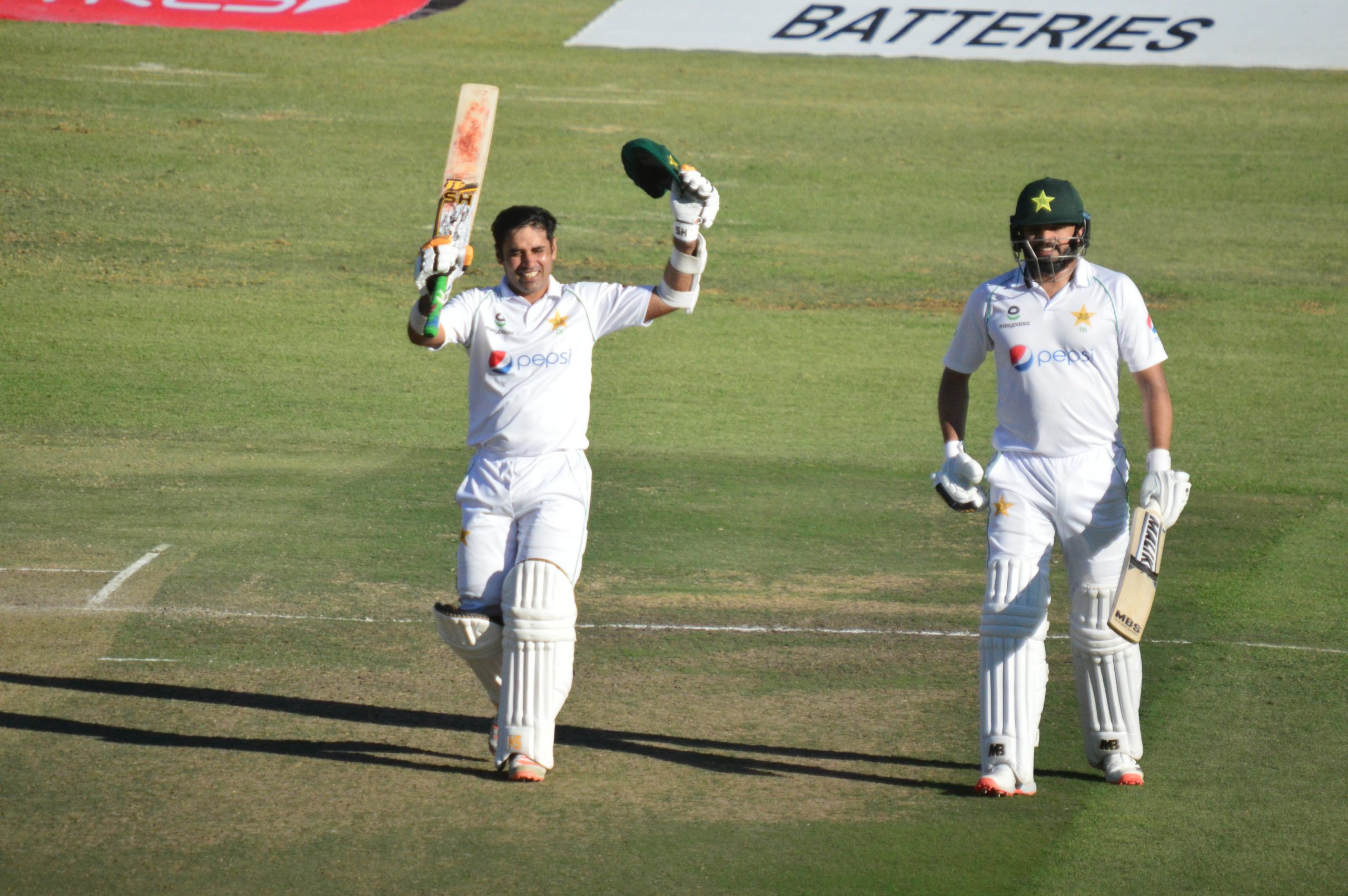 Harare , May 7: Abid Ali and Azhar Ali put on a 236-run partnership – the highest for the second wicket at the Harare Sports Club – as Pakistan finished the opening day of the second Test at 268/4.

Pakistan had a shaky start and an equally uncertain finish to the day, but Azhar’s 126 and Abid’s unbeaten 118* helped them through to stumps at a commanding position.

Blessing Muzarabani worked his magic with the second new ball, picking up three crucial wickets and giving Zimbabwe something to build on when play resumes on the second morning.

Opting to bat, Pakistan were watchful in the early overs as Zimbabwe’s new-ball bowlers got the ball to seam around. Richard Ngarava picked up the early wicket of Imran Butt (2), forcing him to top edge a bouncer to mid-wicket.

At 12/1, Abid and Azhar joined forces, paving the way for a long period of domination. The duo saw off the new ball and solidified the foundations for a huge total, adding 60 runs to guide their team to lunch without losing any further wickets.

On resumption, they picked up the pace. Both batsmen cruised to their half-centuries, pushing their second-wicket stand past the 100-run mark. They ensured Zimbabwe chased leather all afternoon, and their partnership remained intact as they went into tea, the duo adding a further 94 runs in the second session.

They brought up their centuries in the final session. Azhar was the first to mark, ensuring his 18th Test ton was brought up without much fuss.

Late in the day, Azhar looked to increase the rate of scoring. His aggressive approach proved to be his undoing, however, as he perished trying to play a cover drive off Muzarabani’s bowling, bringing an end to the 236-run stand.

The new ball did the trick again for Muzarabani. He went on to claim outside edge of Pakistan captain Babar Azam (2), before adding the crucial wicket of Fawad Alam to his kitty in his very next over.

Zimbabwe will hope to build on the gains early on day two.