Srinagar , March 21: In the ongoing 30 over cricket Tournament organised by Charligund Cricket Association quaterfinal was played on Sunday.
The match was played between Tral Hunters and ZS.
Batting first Tral Hunters posted a decent target of 224 in 30 overs.

Zahid with 55 , Asif with 50, Shahid with 44 were top scorers for them. Lateef and Mudasir took two wickets each.
In reply ZS were bundled out for 155. Aqil and Lateef made 50 and 38 respectively for them . Asif Rasool took four wickets while as Ubaid,Feroz, Yamin took two wickets each for Tral side.
Later, Asif Rasool was declared as Man of the match for his all-round performance. 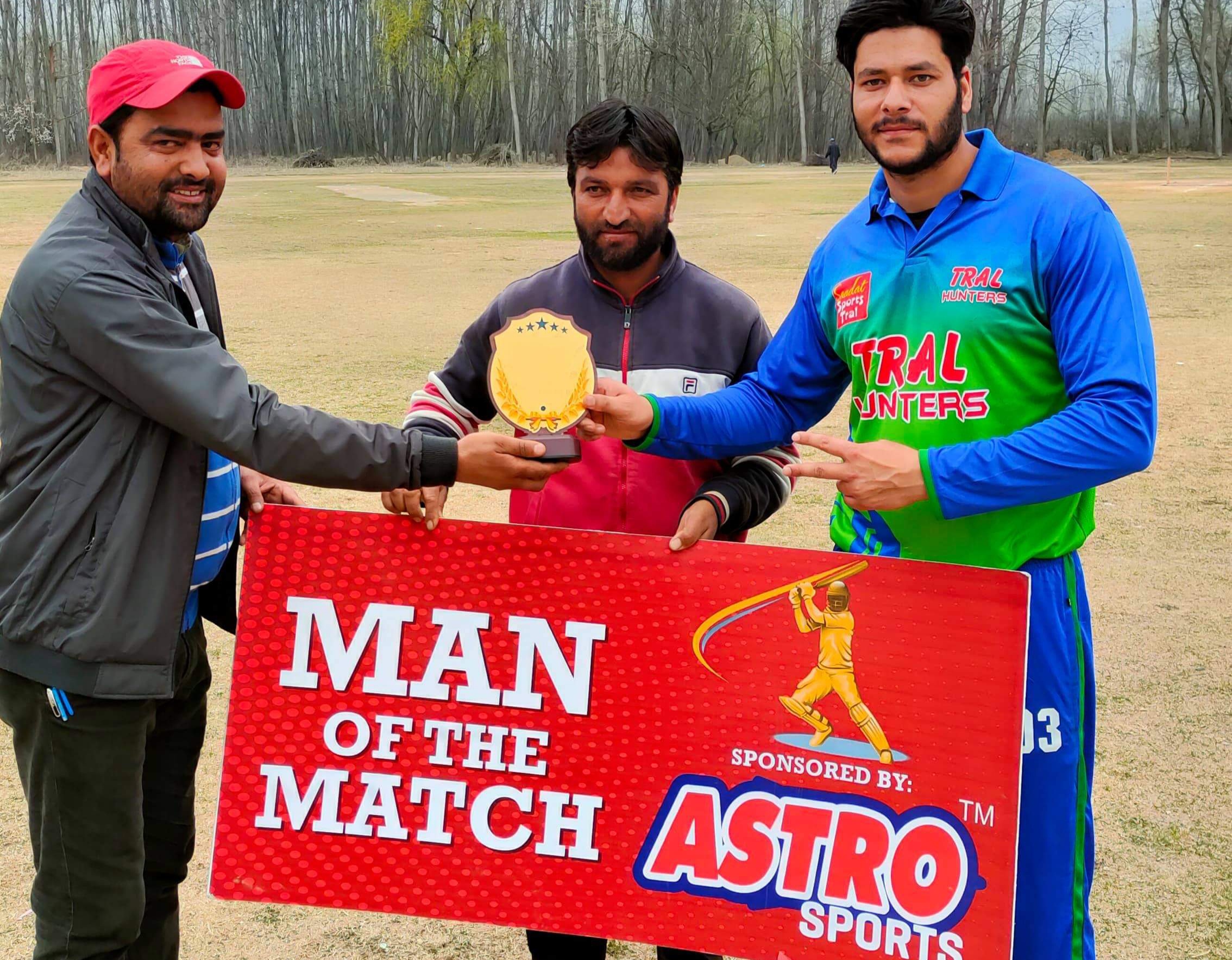