The league was played under strict covid guidelines. Team Bleach wolves emerged victorious in the league.

The final match was played between black wolves and Hoopstars. Vadahi scored the highest points for her team.

On the occasion Inshah Bashir appreciated the organisers for the event and encouraged the players.

“I congratulate both the organisers for such a great tournament for women and appreciate their hardwork and dedication towards the game”, she said

The organisers main aim in the tournament was to provide a platform for the women of the valley and give them an opportunity to hone the talent in them. They also thanked the sponsers for their support.

“Our main aim in organizing the tournament was to provide a platform for the women players after facing such stressful year.
This league would help them and encourage them for a new start “, Useeba Bashir one of the organizer of the league said

“I thank the sponsors for their unconditional support and encouragement throughout the league”, she added

“These kind of opportunities are rarely provided to women especially and with such kind of platform we learn our flaws and try to perform better with each passing day”, Tanzeela participating player said
” This league also helped us to come out of that painfull zone that each one of us had gone through due to Covid”, she added
The organisers also thanked Mir mursaleen , basketball coach for.his immense support throughout.

The tournament had commenced from 24 July and lasted for 3 days. In the league around 55 women players of the valley participated.

The league was organized by Useeba Bashir ,Adeena Wani and Hadiya Muzaffar 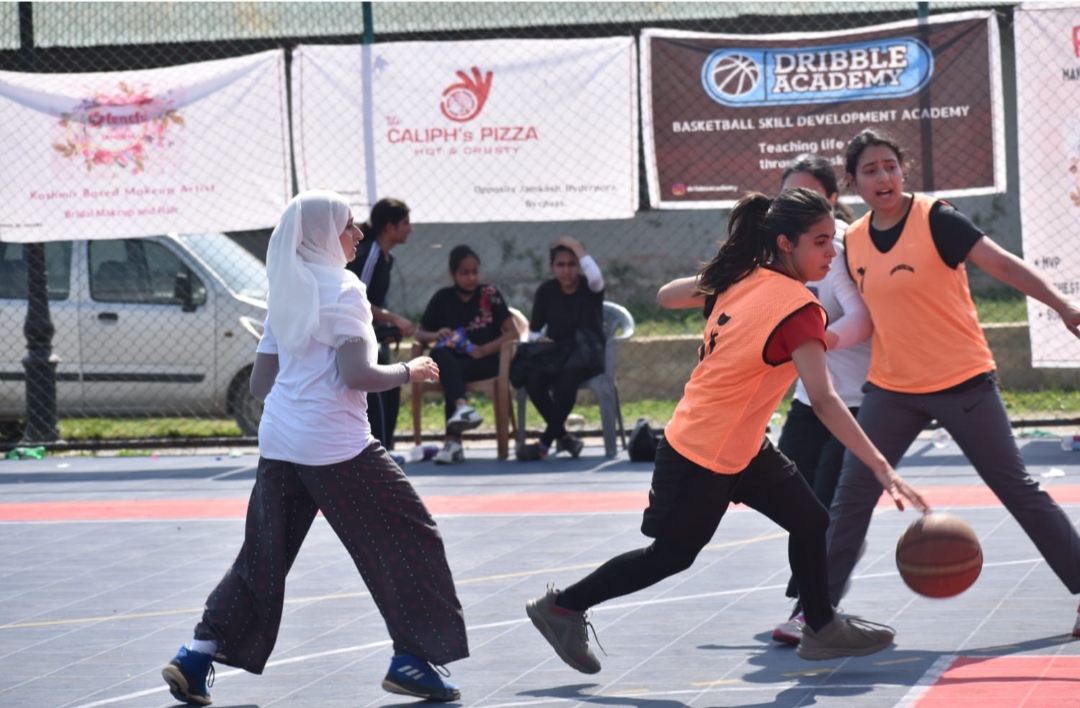