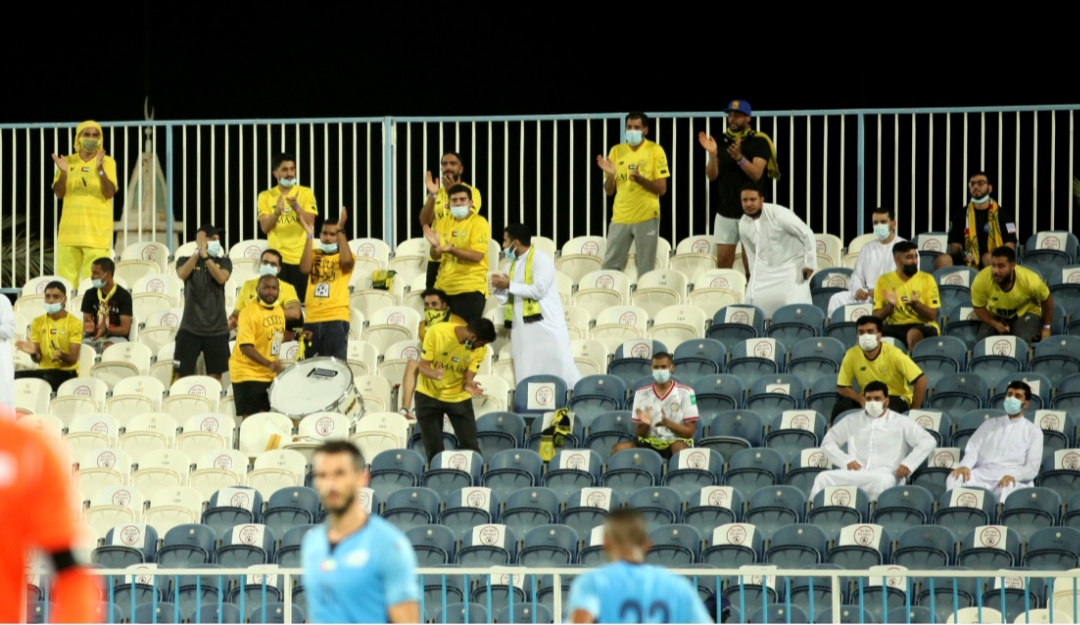 Dubai, 23 August : The General Command of Dubai Police and Dubai Sports Council, in cooperation with UAE Pro League and Dubai Media Incorporated, have launched the fifth season of “Your Commitment to Happiness” campaign with the aim of educating the public about the importance of positive engagement, and adherence to all precautionary measures and protocols when attending matches.

The launch of the campaign coincides with Dubai clubs hosting three matches in the second round of the ADNOC Pro League, during which spectators will be permitted into the stands up to a maximum 60 per cent of the stadium’s capacity.

Announcing the launch of the campaign, Major General Abdullah Ali Al Ghaithi, Director of Dubai Police’s General Department of Organisation Protective Security and Emergency, said this season will require all stakeholders to assume greater responsibility in light of the COVID 19 pandemic, and to work together, hand-in-hand, to limit the spread of the virus by adhering to all safety standards and prevention protocols issued by Dubai’s Supreme Committee of Crisis and Disaster Management and other government entities.

Major General Al Ghaithi said the campaign will focus on educating players and the public about the need to follow all precautionary measures and protocols imposed by authorities in order to combat the Corona virus, and it will also guide stadium and match-day officials on the application of these precautionary measures like maintaining physical distance and continuous sterilization. He also stressed that wearing masks is one of the requirements aimed at preventing the spread of the virus.

He pointed out that the “Your Commitment to Happiness” campaign, since its launch, has received a great response from sports and media institutions, which has led to a remarkable decrease in negative phenomena in the stadiums. This year, the campaign aims to ensure the highest standards of safety and security in clubs for athletes, visitors and the public alike.

Major General Al Ghaithi called on fans wishing to attend ADNOC Pro League matches, to adhere to the procedures and protocols approved by authorities, and to fulfil all conditions for attending matches, which includes getting a third dose of a UAE-approved COVID-19 vaccine or making sure they have not completed six months since receiving their second dose of the vaccine. Fans will also have to produce a negative PCR test result, taken not more than 48 hours before the start of the game.