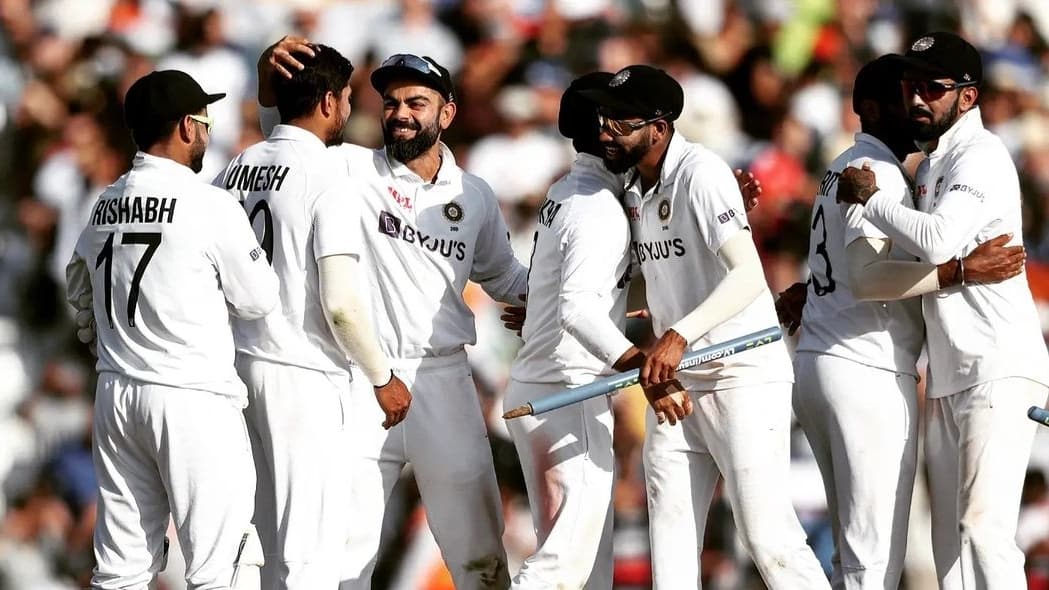 Srinagar, 9 September : The fate of 5th and deciding Test match between hosts England and India hangs in balance after Team India’s support staff member tested Postive for COVID-19 on Thursday.

Now the England and Wales Cricket Board (ECB) has asked BCCI to forfeit the fifth and final Test of the ongoing series in Manchester in the backdrop of development.

The BCCI, however, has asserted that it wants to go ahead with the Test if the players test negative in the RT-PCR tests conducted earlier in the day.

Earlier India cricket team’s junior physio Yogesh Parmar has tested positive for Covid-19, forcing the team to cancel its practice session ahead of the fifth Test against England.

During the fourth Test in Leeds, India’s head coach Ravi Shastri had also tested positive for COVID-19, leading to him and three of his fellow support staff members — Bharat Arun, R Sridhar and Nitin Patel — going into isolation in London.

India lead the five-match Test series 2-1 going into the final match in Manchester that is scheduled to start from Friday.

The visitors had drawn the opening Test in Trent Bridge in a match that had several interruptions due to rain.

In the second Test at Lord’s, India secured victory by 151 runs to take a 1-0 lead in the series.

The Joe Root-led England team fought back in the third Test and bundled India out for 78 in the first innings en route to a comfortable victory by an innings and 76 runs.

India, however, bounced back immediately and won the fourth Test at the Oval by 157 runs after stellar performances by Rohit Sharma and Shardul Thakur. The former scored his maiden overseas Test century in the second innings while the latter scored fifties in both innings and also got crucial wickets to help India to victory.

India are looking to claim their fourth ever Test series victory on English soil.