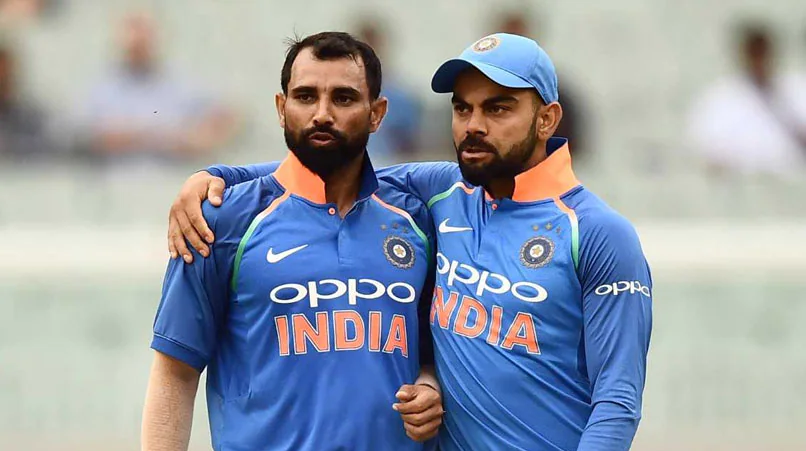 Srinagar, January 27: Team India Premier Pacer Mohammad Shani has said that no one should be concerned about his former skipper Virat Kohli ‘s century drought.

Kohli who has scored 70 International centuries , has been facing a draught like situation having scored his last ton in 2019. Though he has been scoring heavily but that elusive 71st ton is making him wait.

Shami who has worked closely with Virat Kohli over the years has said that a century shouldn’t define how big player Virat is.

“So what, if he (Kohli) has not scored a century. A century doesn’t define how big a player he is. It is not that he has not scored runs. He has scored fifties consistently in the recent past and there is no reason why we should even think like that. A fifty or a sixty is also a score and as long as it is helping the team, there is no reason to complain,” Shami told India.com.

The most successful Indian skipper with 40 wins and 17 losses in 68 Tests, Kohli is credited for the meteoric rise of Indian pacers and inculcating a fitness culture in the team. Shami was all praise for his leadership skills.

Kohli’s energy is the best thing and that rubs on to the rest of the team. He is a bowler’s captain and always gave us the freedom to express ourselves. He would always take our opinion and ask for options,” Shami further said.

“We have spent so much time together and there are so many memorable moments. It will always remain with me and it is difficult to pick or choose any one such moment,” he further said.