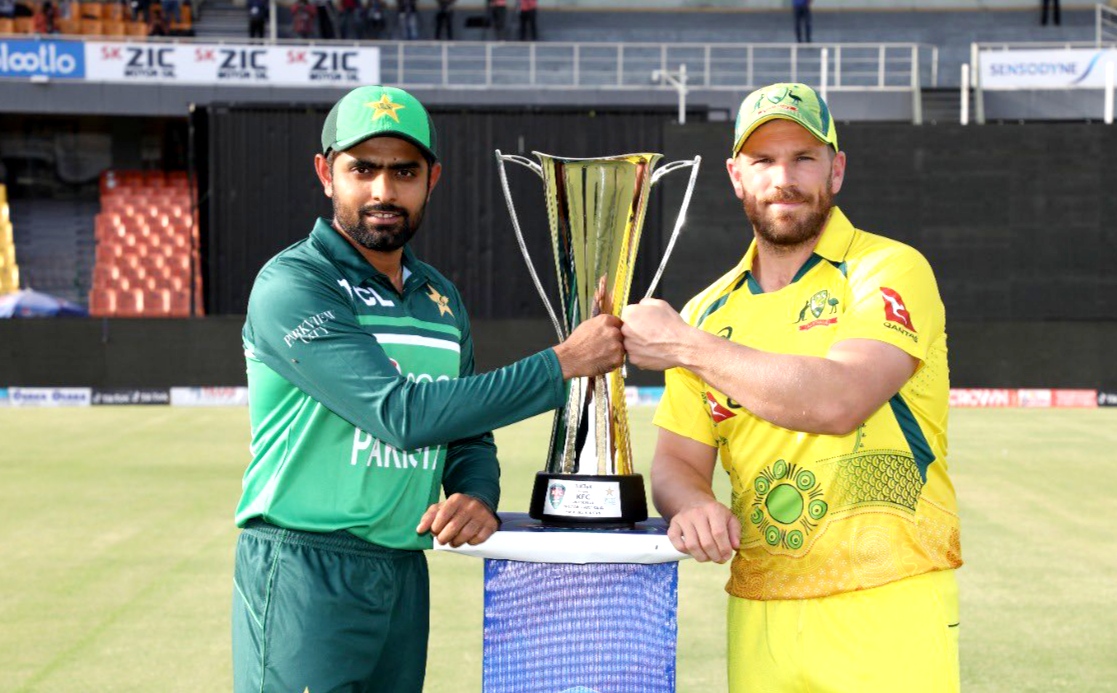 Srinagar, April 3: Australia World T20 winning skipper Aaron Finch has said that any Big Bash League side would love to have Pakistan skipper Babar Azam in thier ranks.

“If Babar Azam is available to play Big Bash, any team would love to have him,” said Finch, after Babar sealed the player of the series award.

“Any of the Pakistan guys, we love having them as part of our competition”.

“Any opportunity that they can fit into out comp is fantastic and they’ll always be welcome in the Big Bash.”

Earlier Aaron Finch almost had the hearts of Melbourne Renegades fans going crazy when he appeared to signal a fantastic signing coup for his BBL team.

“I just asked Babar (Azam) if he’s interested in coming and playing for the Melbourne Renegades and he certainly is – and, hopefully, we can announce that signing tomorrow!” declared Finch in Lahore on Saturday.

Following deep breaths all round, the Australian captain and long-time Renegade then grinned: “Only joking…”

Finch went to hail the class of Babar Azma and termed him World class.

“It would be great to have more world-class players in our domestic competition,” said Finch.

“Babar is obviously as good as anyone for a long time in this format of the game and T20 cricket,” he added.

Haris Rauf, who trapped Finch lbw for a duck on Saturday, has already become a Big Bash fan favourite with the Melbourne Stars but Babar, the world’s top-ranked batter in both ODIs and T20Is, would be the real big catch.

Finch himself sounded as if he wouldn’t be averse to going in the other direction and playing in the Pakistan Super League T20 competition.

“It all comes down to waiting until the schedules are released and seeing where there’s gaps in the schedule. I’ve loved my time here in Pakistan and I’ve loved the tour,” said the 35-year-old.