Zimbabwe were reduced to 52/4 after Pakistan posted a monumental first-innings total of 510/8d. They trail by 458 runs.

They got off to a poor start with debutant Tabish Khan, who already has 598 first-class wickets in the bag, rocked the opener Tarisai Musakanda in his first over. Musakanda was trapped leg before wicket for a duck.

Hasan Ali then took the liberty to knock over the stumps of the other Zimbabwe opener, Kevin Kasuza for 4 runs. Shaheen Afridi got rid of their captain Brendan Taylor with a surprised bouncer which cramped him for room as he ended up edging the ball to Rizwan.

Subsequently, Sajid Khan dismissed Milton Shumba (2) who was adjudged leg before wicket as he offered no shot. Regis Chakabva’s solitary efforts of 28* in 71 balls has shown a glimmer of hope for a fightback but he would need assistance from the other end to challenge Pakistan’s strong pace attack.

Earlier in the day, Pakistan resumed their innings on 268/4. Sajid had come in as a nightwatchman and fulfilled his duty to defend his way through. His knock of 20 off 54 balls was brought to an end by Tiripano who got him out caught.

Abid was joined by Mohammad Rizwan who made a quick 21 in 32 deliveries but became the maiden Test wicket of Tendai Chisoro. Thereafter, Luke Jongwe on his debut snared his maiden Test scalp of Hasan Ali who returned to the pavilion without denting the scorecard.

Zimbabwe restored the balance with three crucial wickets and reducing Pakistan to 353/7 in the morning session despite conceding 85 runs.

Nauman Ali combined forces with Abid to retaliate against the Zimbabwe bowlers who had regained control after the first session. The duo stitched together a belligerent partnership of 169 in 199 balls.

Abid was unfazed by wickets falling at the other end and continued to build on his start. He registered a dominating maiden Test double hundred, remaining unbeaten on 215* in 407 deliveries.

Just shy of a hundred, Nauman was dismissed by a brilliant display of wicketkeeping by Chakabva who penalised the batsman for hovering his backfoot off Chisoro’s bowling.

Pakistan declared the innings for a mammoth first innings total of 510/8 immediately after Nauman’s dismissal, two balls into the final session. (Courtesy ICC) 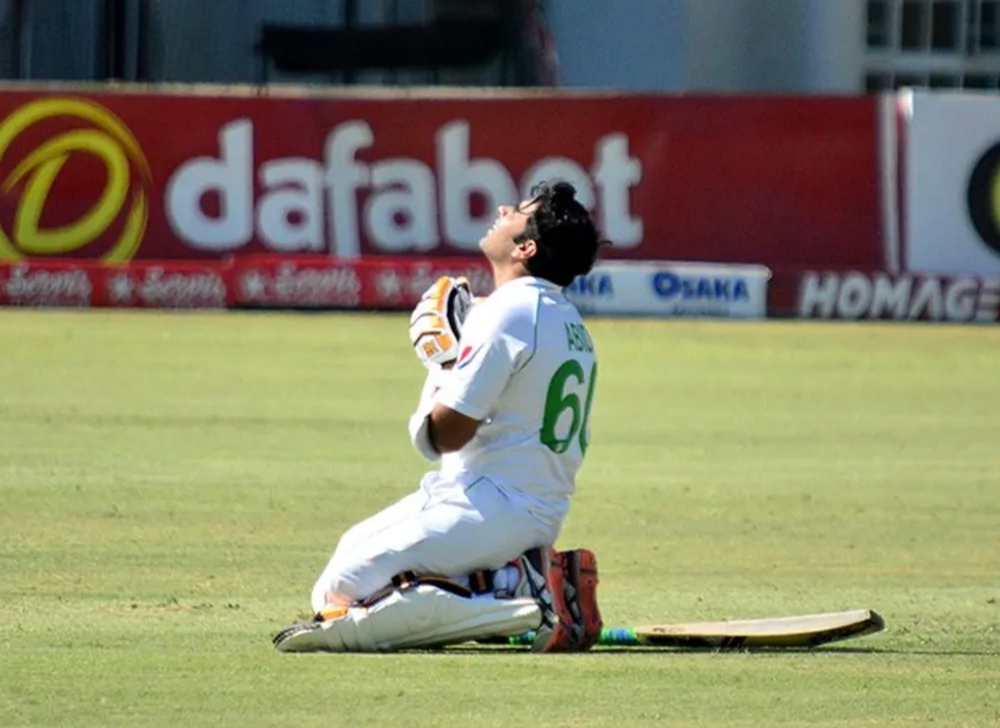