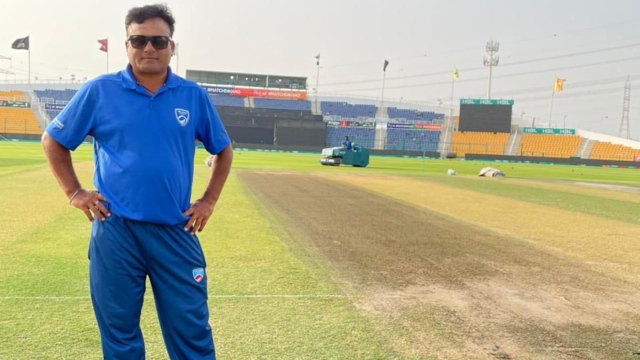 Srinagar, November 7: As per reports Pitch Curator of Sheikh Zayed Stadium Abu Dhabi Mohan Singh has ‘allegedly’ committed suicide and his body was found in his room.

The Pakistan based cricket website CricWick.net reported that just before the ICC Men’s T20 World Cup clash between Afghanistan and New Zealand, the pitch curator of the Sheikh Zayed Cricket Stadium Abu Dhabi Mohan Singh was found dead in his room.

“The incident happened before the start of the game and the pitch for today’s ongoing clash was also made by Singh. Sources claimed that Mohan has committed suicide, however; the administration is currently investigating the matter and are looking to reach the truth behind the incident,” Cricwick.net reported.

Mohan is an Indian resident and he had prepared wickets for matches of Australia, Pakistan, Sri Lanka, South Africa and New Zealand, West Indies and England, report said.

It has been reported that Mohan came to Abu Dhabi in September 2004 after getting his initial training in India. He had been working at the Punjab Cricket Stadium in Mohali since 1994. Mohan worked as a ground supervisor in Mohali and also assisted coaches in a number of sports like swimming and tennis. He had offers within India and from Uganda, however; Singh preferred to take up a job in Abu Dhabi.