Chief of the Naval Staff Admiral Muhammad Zakaullah said he was proud of former navy serviceman Fakhar Zaman who has become a symbol of Pakistan as well as of Pakistan Navy.

The navy chief said he was proud of Zaman, who remained part of Pakistan Navy cricket team for seven years. 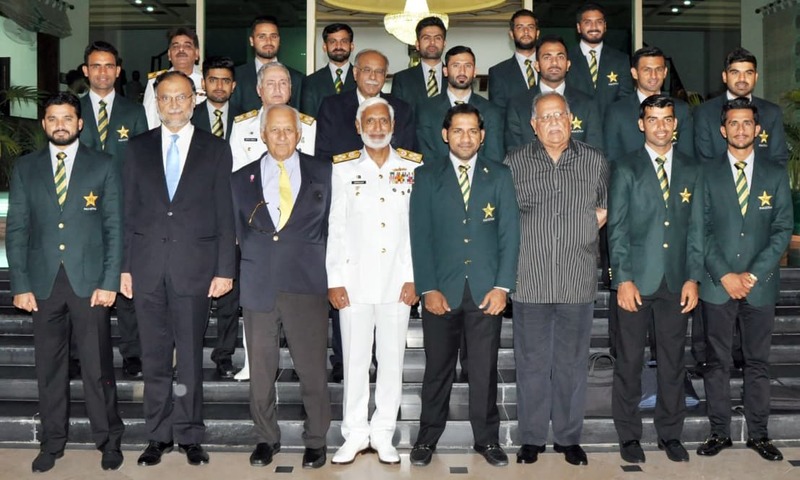 Admiral Zakaullah said this while addressing a gathering held to acknowledge and pay homage to Pakistan cricket team following their recent historic victory in ICC Champions Trophy 2017, read a statement issued by the navy’s media wing.

During the informal address, the navy chief highly appreciated the display of team work and esprit de corps by the players during the tournament, especially in the final match for bringing laurels for the country.

Admiral Zakaullah also applauded captain of the team Sarfaraz Ahmed and said that he played an instrumental role by uniting as well as leading the entire team and playing as one unit thereby achieving this glorious feat.