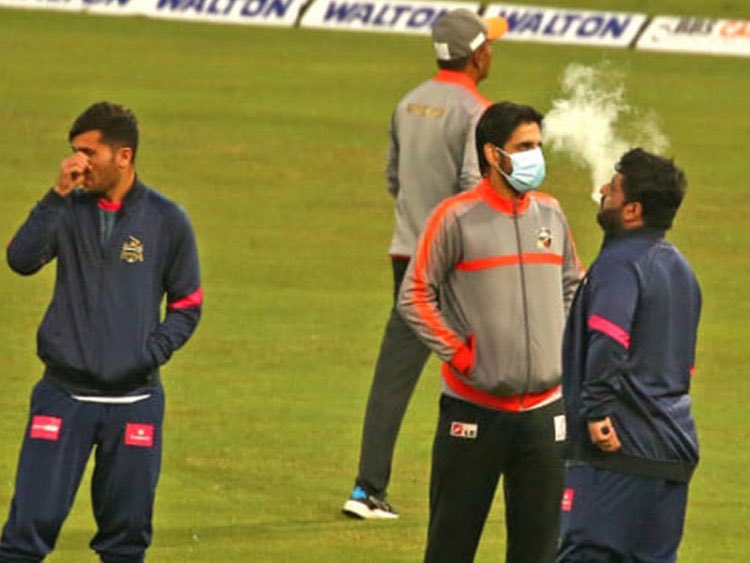 Shahzad eho plays for Ministers Group in League has been handed demerit point which will be added yo his disciplinary record.

The incident took place before Dhaka’s game against Comilla Victorians on Friday. A demerit point was also added to Shahzad’s disciplinary record as his action was found to be in breach of Article 2.20 of the BCB code of conduct, which relates to “conduct that is contrary to the spirit of the game.”

Shahzad admitted the offense and accepted the sanction handed by the match referee, according to the BCB’s press release.

The photographs of the player smoking were aired on many TV channels in which it can be seen that he was warned by Dhaka’s coach Mizanur Rehman and opening partner Tamim Iqbal to not smoke on the field.

Shahzad has been regular Dhaka who are third on the table with seven points from seven games after Friday’s washout.