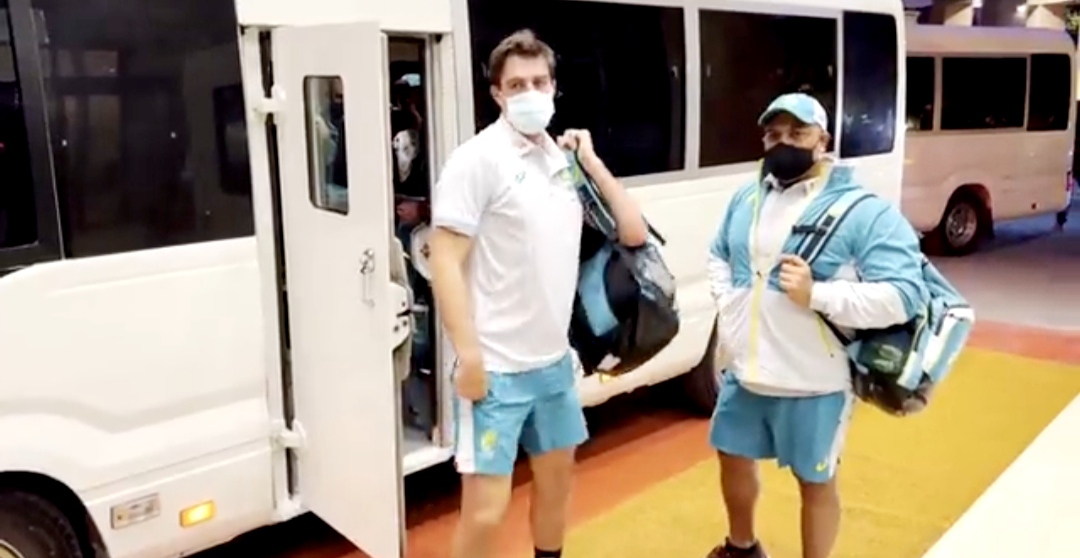 Srinagar, Febuary 27: Upon arrival in Pakistan on the backdrop of first Australia tour of the Country in 24 Yeafs, Australia skipper Pat Cummins has said that he feels completely safe.

“I feel incredibly safe and we’ve been really well looked after by the Pakistan Cricket Board,” Cummins was quoted as saying by ESPNCricinfo.

“There’s been lots of security upon arrival. We were straight off the plane and straight to the hotel,” he said.

Pat Cummins said that his side is used to be confined to their hotel rooms after having played in India.

“We’ve got a pretty good set-up and we’ll be confined to the hotel except for games and training. We’ve travelled to places like India where you don’t leave the hotel too much so we are used to it. It’s comforting and we’re really lucky to be surrounded by so many professionals,” he said.

“One of the factors we wanted to be really thorough on before arriving here was not only security but also bio-security. Everyone has done a fantastic job, so we can just concentrate on cricket and really enjoy our first tour here for 24 years,” he added.

Australia have to isolate for 24 hours and can train on Monday, on the conditions Covid-19 test reports come negative.

“We feel lucky to get to come back here after a whole generation didn’t get the chance to play any cricket over here,” Cummins said. “I think it [Pakistan] has slowly had more cricket here. George Bailey, our selector, came and played a couple of games a few years ago,” Cummins said.

“The Pakistan Super League has also been hugely successful. We’re fortunate that they have come to play us in Australia and it’s great we can return the favour,” he added.

Australia have boosted their side by the inclusion of Pakistan-born Australian international Fawad Ahmed as a spin bowling consultant. He has been playing in the PSL with Lahore Qalandars.

“He’s got a wealth of experience here and he knows the venues quite well and he’s always great fun for the group,” Cummins said.

Cummins will captain Australia in an overseas Test match for the first time when they take on the hosts in Rawalpindi next Friday. The Test is the first of three, before a trio of ODIs and one T20I.