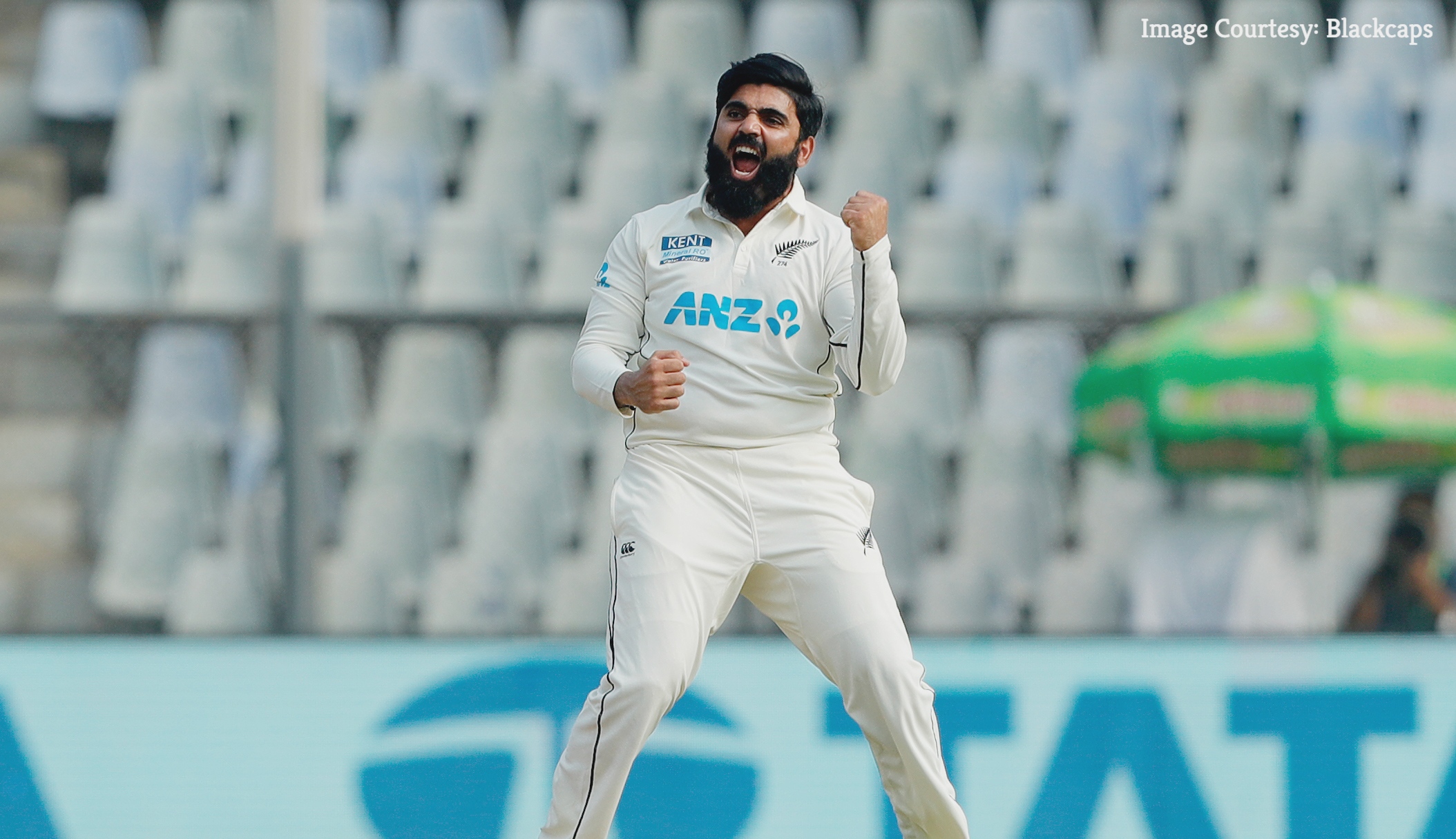 Mumbai, December 4: Ajaz Patel created history, becoming only the third bowler to take all 10 wickets in a Test innings, but despite that India were well in control by stumps on the second day in Mumbai.

India ended the day with a commanding lead of 332 after bundling New Zealand out for just 62 in their reply to India’s first innings 325. R Ashwin took a splendid 4/8, while Mohammed Siraj’s opening burst of three wickets set the ball rolling.

But such was the magnitude of Ajaz’s achievement, that’ll remain the highlight of the day. India resumed the morning on 221/4, but Ajaz picked up where he left off on day one, with a double strike in his first over of the morning. He had Wriddhiman Saha and Ashwin dismissed in consecutive balls, the first time he’d picked up six wickets in a Test innings – there would be more.

Subtle variations of pace and flight were effective for the left-armer, who continued to roll on when the Black Caps elected to take the new ball. However, after those two early wickets, Agarwal and Axar knuckled down, putting on an important stand of 67 to help boost the total past 300.

The Indian duo waited for the poor deliveries, and when they came, they made sure to put them away. Agarwal carried on following his impressive century on day one, cutting one away to reach 150 shortly after lunch. However, the stand was broken shortly thereafter, Ajaz inducing an edge off Agarwal.

Axar carried on to bring up his maiden Test half-century, but was dismissed off a smart review from New Zealand, with Ajaz trapping him in front for 52. The final two wickets fell in quick succession – Jayant Yadav and Siraj both holed out – but it must have felt like an age to Ajaz, who created history.

Unfortunately for New Zealand, they couldn’t bask in it. The Indian bowlers were in red-hot form, with Siraj’s opening burst setting up the innings for his side. He first had Will Young caught at slips, angling one into off stump. He then had Tom Latham done by a bouncer, with Shreyas Iyer taking the catch at deep square leg, and in his next over, he cleaned up the veteran Ross Taylor for 1.

Later, Ashwin returned 4 for 8 – snaring Henry Nicholls, Tom Blundell, Tim Southee and Will Somerville. Kyle Jamieson hung around for a 36-ball 17, but the fact that he was the only New Zealand batter to reach double figures, after Latham’s 10, was telling.

Virat Kohli decided not to enforce the follow-on, and the Indian openers went about piling on the runs. Agarwal and Cheteshwar Pujara put on an unbeaten 69-run to boost their lead before bad light ensured stumps were drawn.