Srinagar, 24 August : In the ongoing Anantnag Championship knockout tournament organised by DFA Anantnag in collaboration with JKFA one match was played on Tuesday, August 24,2021.

To watch match large number of football fans had gathered at the venue.
The match turned out to be much intresting as both the teams displayed their skills and cool temperament throughout the 70-minutes of the play.

In the match Ali Jana FC emerged as winner by 2-1 goals against Al Etihad FC.

Shafayat was awarded man of the match. 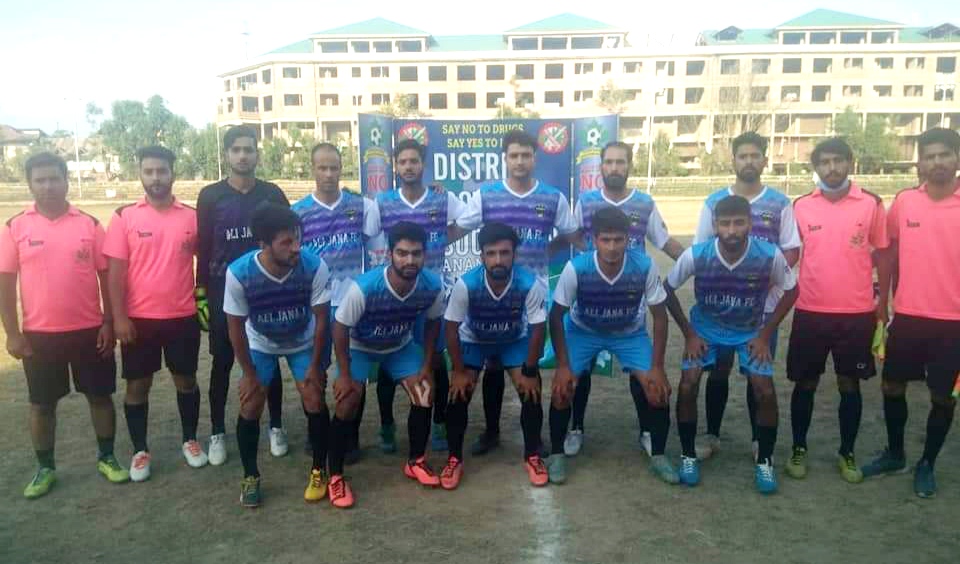