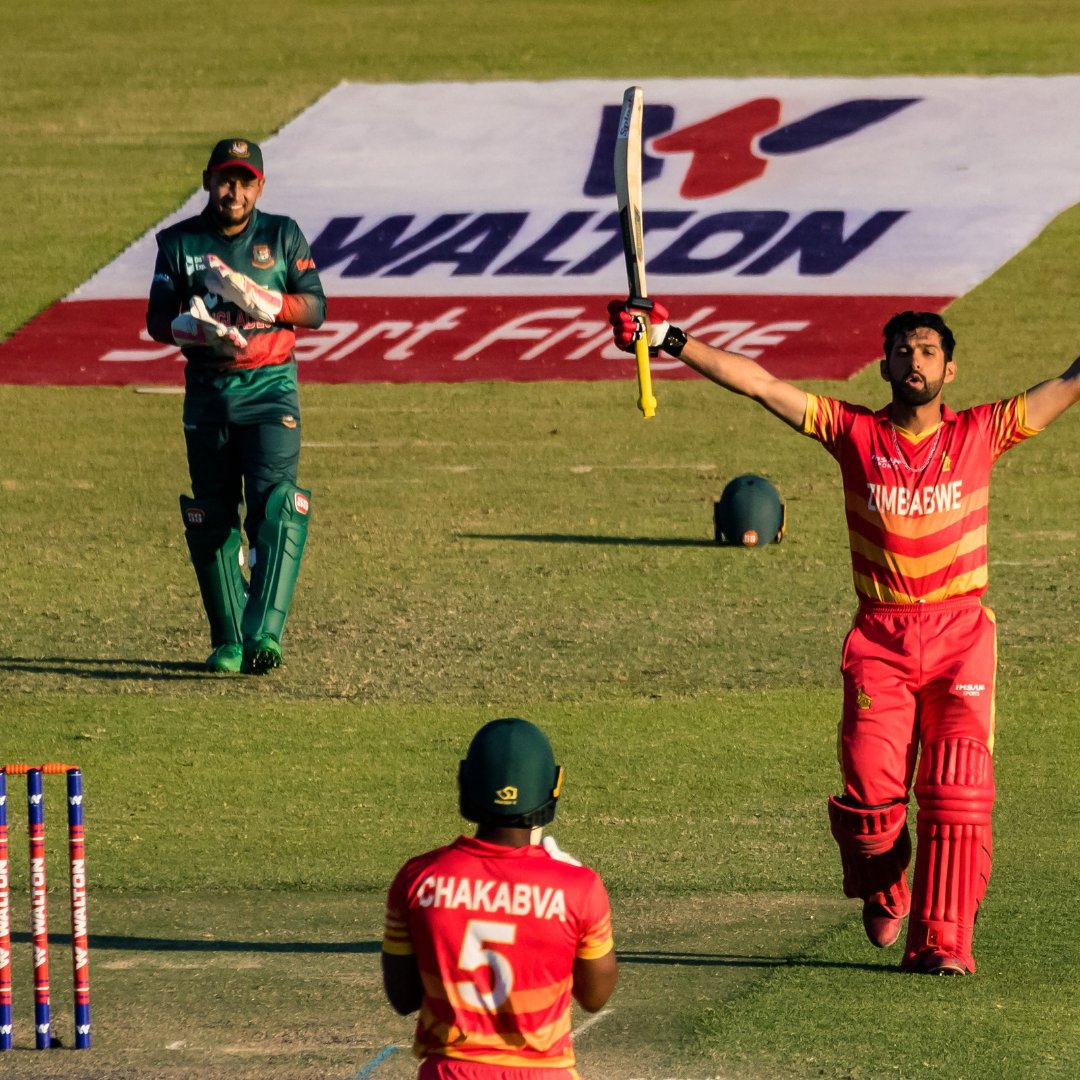 Bangladesh had lost just two wickets while making a 300-plus total last match, but here, despite looking to attack a bit more, they ended up with a total below 300. A half-century from Tamim Iqbal and an unbeaten 80 off 84 balls from Mahmudullah helped Bangladesh post 290 batting first in Harare.

After 40 overs, Bangladesh were 206/4 with Mahmudullah on 27 off 50 balls. But off his next 34 balls, Mahmudullah smashed 53 runs to help Bangladesh post a formidable total.

Raza struck thrice in the death overs for Zimbabwe, dismissing Afif Hossain, who made a run-a-ball 41, Mehidy Hasan Miraz and Taskin Ahmed to deny Mahmudullah stable support at the other end. What appeared to be a total heading past 300 was restricted with the fall of wickets late in the innings. Raza finished with bowling figures of 10-0-56-3.

Raza’s haul with the ball would soon, however, be surpassed by his batting heroics yet again as Zimbabwe made a shaky start in the run chase once again.

Sikandar Raza became the first Zimbabwean player after Brendan Taylor to make back-to-back ODI hundreds. The middle-order batter had made an unbeaten 135 in the previous game to guide Zimbabwe past the target and here, yet again, he stood unbeaten on 117 as Zimbabwe sealed a series win. He had Regis Chakabva for company on Sunday, with the batter compiling his maiden ODI ton as the duo stitched together a double century stand to rescue Zimbabwe from 49/4.

Raza has 472 runs in ODIs in 2022 at an average of 78.66 and a strike-rate greater than 90. It is worth noting that no other Zimbabwean batter has made more than 250 runs in ODIs this year. Raza’s stellar run of form, which was also seen in the series win in the T20Is, has given Zimbabwe their first series victory over Bangladesh since 2013. In the nine-year period in between, Zimbabwe had not won a single ODI against Bangladesh, losing 19 matches on the trot.

It was also Zimbabwe’s first bilateral ODI series win since 2019 (when they beat UAE), and their first against a full member side since the famous 2017 triumph against Sri Lanka.