Srinagar, Feb 18, KNT: A day after active cricketers from Jammu and Kashmir leveled grave allegations against their fellow cricketer Parvez Rasool, Jammu Kashmir Cricket Association in this regard has sent a notice to all 13 players to record their statement at Jammu.

Pertinently, 13 active cricket players in a memorandum to Chief Executive Officer JKCA had alleged that cricketer Parvez Rasool has been acting as a dictator who according to them has poisoned the atmosphere and he has become all powerful, overruling fellow cricketers, coach, manager and other staffers.

Quoting Sources news agency KNT reported that Chief Executive Officer has issued notices to all the aggrieved players in this regard on Wednesday asking them to record their statements.

The notice reads: “A copy of memorandum from some JKCA current players including you has been received, duly signed by the players raising some concerns and leveled allegations against JKCA captain.”

“In order to substantiate the contents of memorandum by providing a reasonable opportunity to you under rule, you are hereby asked to attend the office of the undersigned on 22 February at 2 pm sharp at Jammu, so that your statement can be recorded and further action as warranted under rule shall be taken in to the matter.”

Quoting Sources further KNT reported that the aggrieved players have decided not to record their statements in Jammu and in this regard they will write a letter to JKCA requesting CEO to complete the formality in Srinagar. (KNT). 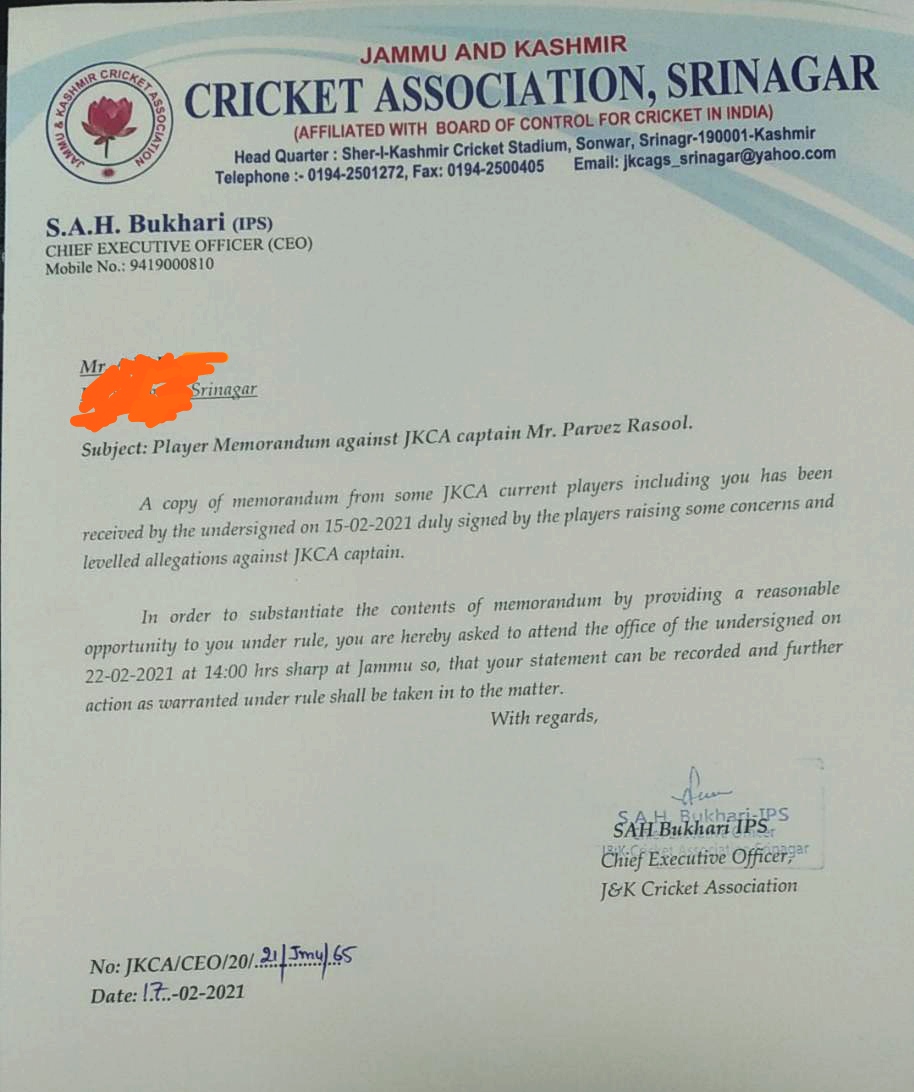