Srinagar, June 12: The T20 superstar West Indian batsman Andre Russell had to stretchered off and taken to hospital after being hit by bouncer during Pakistan Super League (PSL) in Abu Dhabi on Friday.

While Russell, had resumed batting after the blow on the helmet, he was taken to a hospital for scans in an ambulance during the first over of the Islamabad innings.

It happened during the 14th over of the Quetta innings when Russell, after hitting two sixes off Islamabad medium-pacer Muhammad Musa, was late while trying to pull a bouncer and got hit on the helmet.

After initial treatment on the ground, Russell resumed batting, only to be dismissed in the next ball. 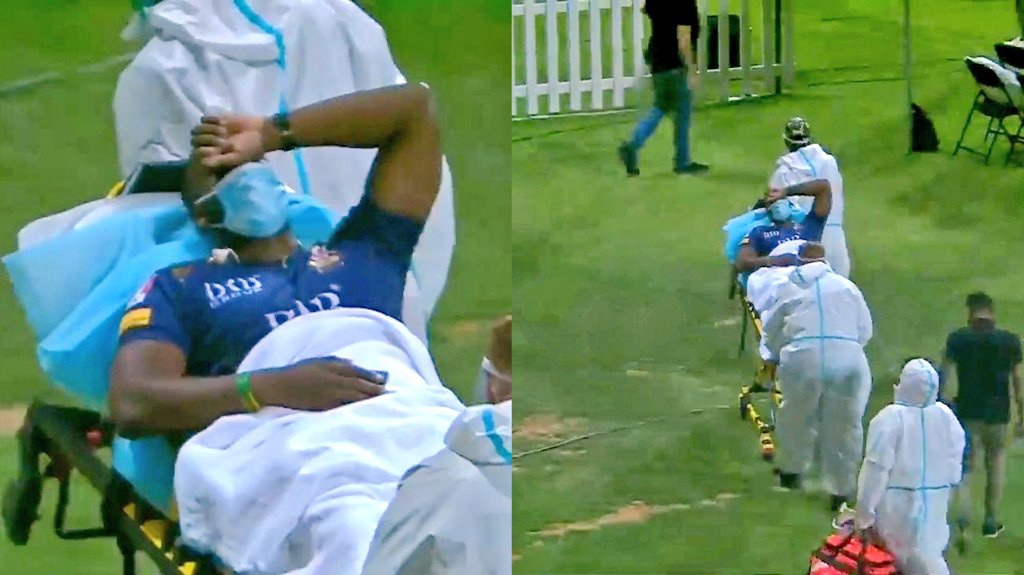