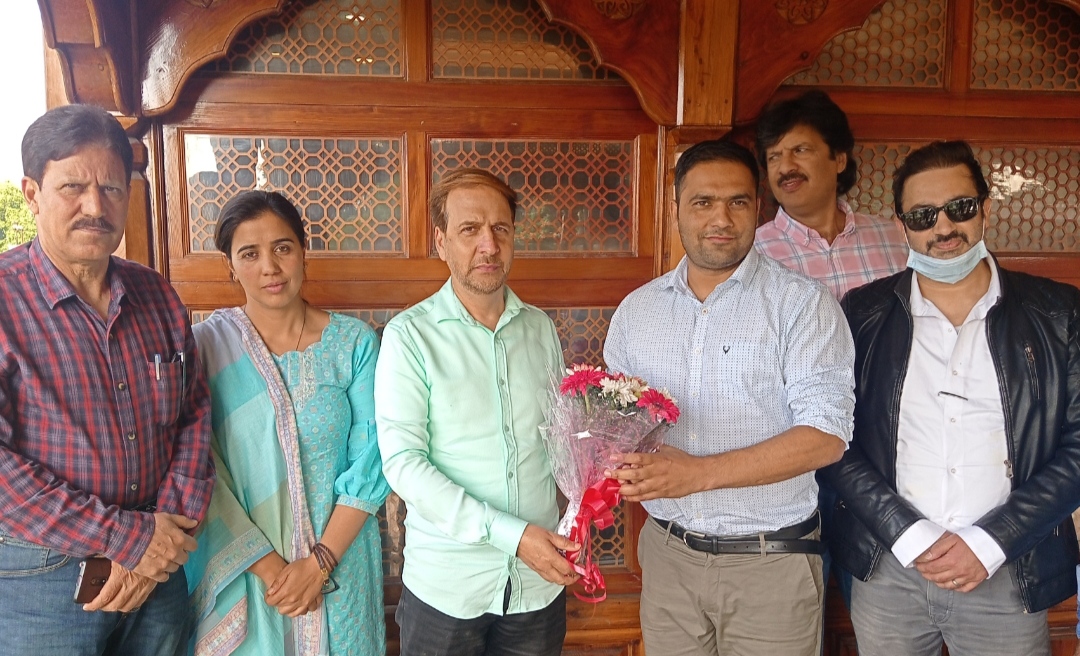 Srinagar, May 05: The arrangments for the upcoming Sub-Junior National Rowing championship were reviewed in a meeting held by J&K Rowing and Sculling Association on Thursday in Srinagar.

The first ever Rowing National Championship is going to be held in Dal Lake Srinagar in last week of June.
The event is going to witness participation of around 550 participants from around 25 State and Union Territories.

In order to review the arrangments for the event , Association held its meeting on Thursday that was attended by its officials Vice President Nasir Khan, members Nayeem Baskhi , Gowher Ahmed, Dr Sajad, Padam Shri Awarded Faisal Ali and CCIK President Tariq Rashid Ghani and others.

On the occasion , Association also felicitated Faisal Ali for getting the Padam Shri award in sports from Union Goverment.