Ashes: England hold on by one wicket to grit out a draw

CricketAshes: England hold on by one wicket to grit out a draw
Facebook
Twitter
WhatsApp
Copy URL 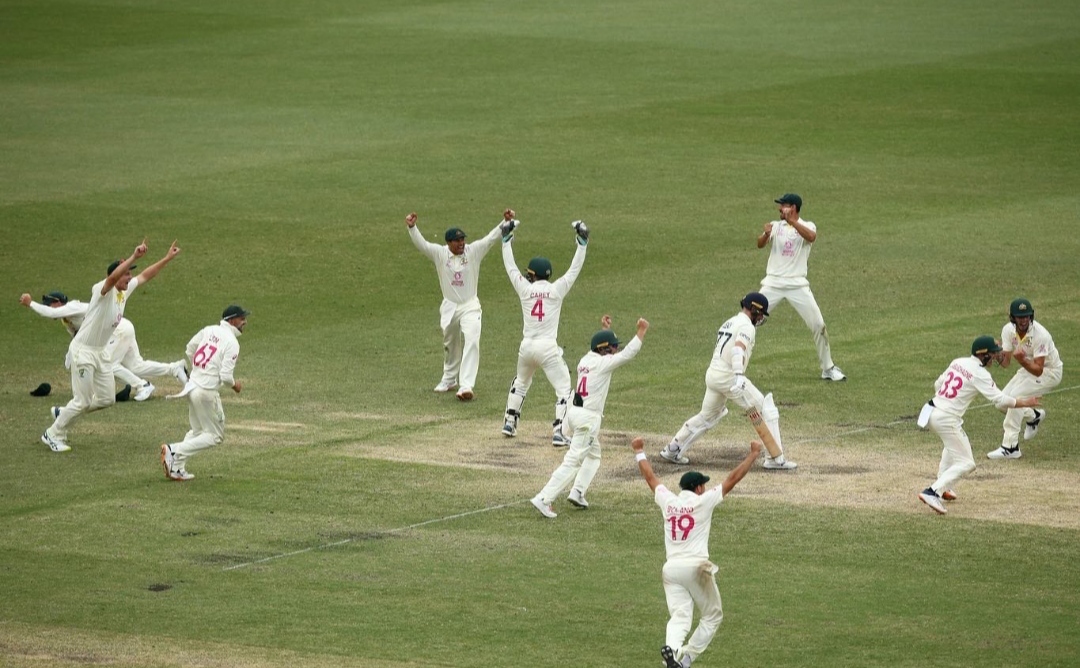 Sydney, January 9: England survived a tense final hour to hold on by one wicket and save the Test match in Sydney amidst dramatic scenes.

In a tense final hour at the Sydney Cricket Ground, Australian skipper Pat Cummins had to turn to Steve Smith’s leg breaks as the skies darkened and he delivered with a wicket, his first in six years, to leave England needing to play out two overs with just one wicket left. James Anderson and Stuart Broad then held on for two overs to deny Australia a win at the SCG.

Earlier in the day, resuming on 30/0, England made merry early on with Zak Crawley playing some audacious strokes to kick start the morning. However, the opening partnership itself did not last too long with Haseeb Hameed dismissed in single digits for the sixth successive time.

While Crawley flourished, Australia managed another breakthrough from the other end, with Nathan Lyon cleaning up Dawid Malan. Joe Root, England’s highest run-scorer in the series by a long way, walked in to join Crawley. The England opening batter compiled his first fifty of the tour and first since February 2021 to give England a reasonably solid start to the day.

But the partnership did not last long as the latter was trapped in front for 77 by Cameron Green’s yorker. Despite Crawley’s enterprising knock, at 96/3, England’s morning hadn’t quite gone to plan. Ben Stokes and Joe Root took the team to lunch with England’s chances of pulling off a draw not too slim.

The visitors started strong after the break with Root and Stokes finding a boundary apiece in the first three overs. The latter pulled Mitchell Starc for a six and soon followed it up with a crashing drive through cover off Green.

The duo took England past 150, but once again, it was Scott Boland who brought Australia back in the game. For the third successive time in the series, Boland had Root, leaving England in a spot of bother at 156/4.

Ben Stokes and Jonny Bairstow resurrected the innings with a promising stand that lasted more than 15 overs. But just as it seemed like England had found a way to survive the day, Lyon struck. Stokes edged him to Steve Smith in the cordon after a vigilant 60. To compound England’s problems, the new ball was due soon and Australia made it count.

Jos Buttler and Mark Wood were dismissed by Pat Cummins in the same over, the former with a superb inswinger that crashed into his pads. The on-field call was not out, but Australia overturned it with a review and struck again two balls later, this time with another toe-crusher, to leave England seven down.

This left first-innings centurion, Jonny Bairstow stranded with the tail. The England batter had his slice of luck next over when he was dropped off Starc’s bowling by Smith at second slip. An edge the following over also eluded the slip cordon as Bairstow continued to wage a lone battle.

With less than an hour to stumps, Australia crowded the slip cordon and zoned in on the stumps with the new ball, but the wicket did not come. Reviews were burnt and the captain was done with his spell.

Cummins turned to Boland to give the breakthrough and he didn’t disappoint. In his second over, Boland forced an inside edge onto the pads off Bairstow with Marnus Labuschagne snapping up the catch at silly point to leave England’s tail to battle for the draw. Jack Leach and Stuart Broad denied Australia for eight overs before Smith’s vital breakthrough, but the last wicket eluded the Aussies in the final two overs.