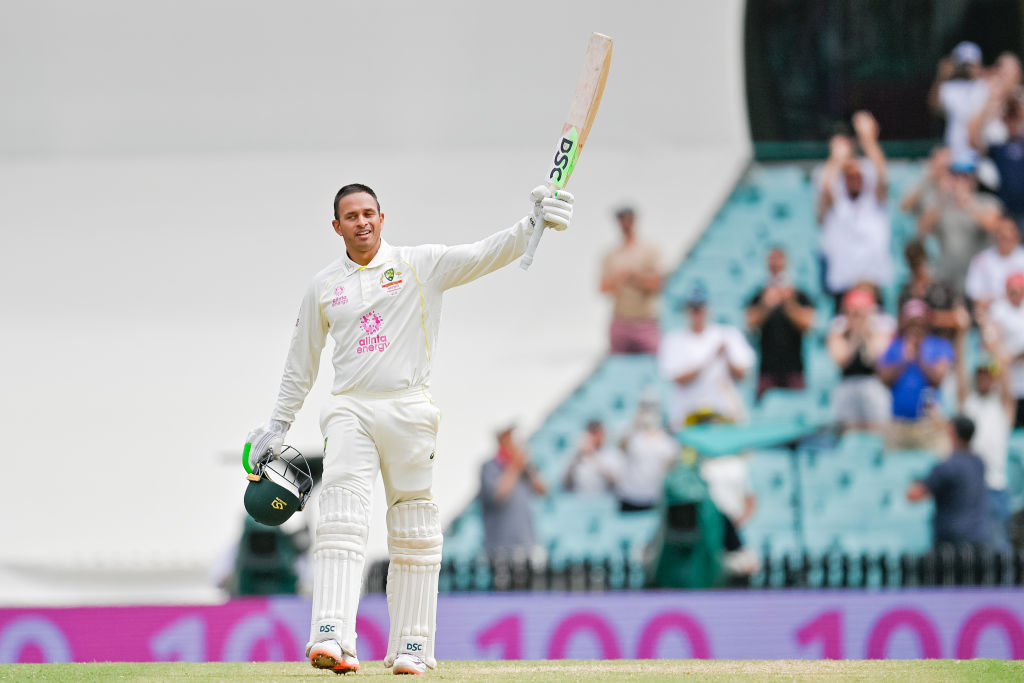 Sydney, January 8: Bringing up centuries in both innings, Usman Khawaja has etched his name in the record books, putting Australia firmly in command at the SCG.

After Australia’s earlier declaration, England, needing 388 to win at the start of their innings, finished the day 30-0.

The day again belonged to Khawaja though, joining just five other Australian batters to score twin tons in a single Ashes Test, finishing 101 not out from just 138 balls.

Hitting ten fours and two sixes with a mix of touch and occasional force, Khawaja made runs through a textbook of shots all around the wicket. Bereft of ideas in response, England’s several plans against him brought little success, with a number of sweeps and reverse sweeps adding to a host of drives through the cover region, as well as his trademark pull shot.

Coming in at 68/3, Khawaja at first provided a mix of stability and proactivity, after the hosts made a slight stumble earlier in the day, trying to accelerate.

David Warner (3) and Marnus Labuschagne (29) both fell to Mark Wood (2/65) who was the pick of the quick bowlers, with the under-pressure Marcus Harris unable to convert his start of 27 into a bigger score.

Harris fell to Jack Leach who finished with figures of 4/84, though a pair of Leach’s wickets came in the final moments of Australia’s innings, as they made a late scamper with the bat.

Only recalled after Travis Head tested positive for COVID-19, Khawaja was joined by Cameron Green in a partnership of 179 from just 238 balls, as the pair bludgeoned the opposition to all corners of the ground.

Green was seemingly freed by the match situation, and posted 74, his second Test half-century. Interestingly, his other Test fifty was made at the same ground last year against India.

Having scored 137 in the first innings, Khawaja finished unbeaten after the fall of Green and Alex Carey first ball, making back-to-back centuries for the first time in his first-class career.

He joins compatriots Doug Walters and Ricky Ponting as the only players to score centuries in both innings of a Test at the SCG, the first to do so in an Ashes series. He also accompanies Steve Smith, Matthew Hayden, Steve Waugh, Arthur Morris and Warren Bardsley as the only Australian men to record twin tons in Ashes history.

In response, Zak Crawley made 22* in the final hour of play, and will be joined by Haseeb Hameed (8*) when play resumes tomorrow.