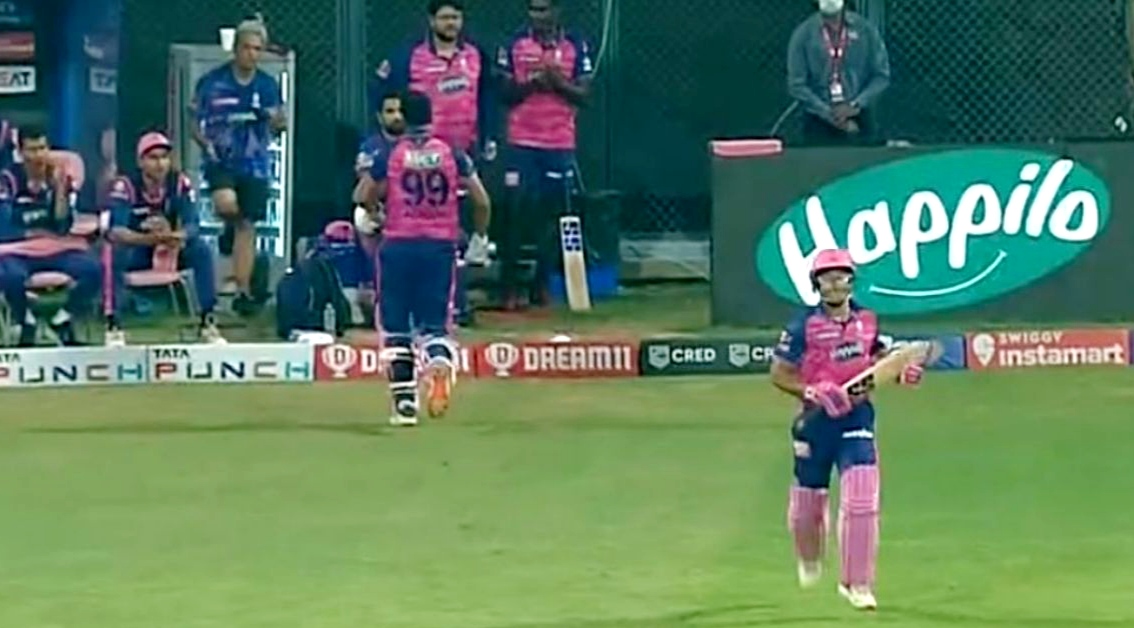 Mumbai, April 11: Rajasthan Royals prevailed in a last-over thriller to edge out Lucknow Super Giants by three runs and top the Indian Premier League table on Sunday. The innings was marked by the tactical decision of Ravichandran Ashwin to retire out with 10 balls left.

Ashwin surprised the opposition with an IPL first of ‘retired out’ on 28 off 23 balls, departing after 18.2 overs of the Royals innings to allow Riyan Parag join Hetmyer.

Hetmyer smashed four more sixes in the final two overs and Parag also got a hit over the fence in his four-ball stay.

“I literally had no idea about it, to be honest,” Hetmyer said. “I just turned and saw him [Ashwin] go off. He was a tad bit tired, I would say honestly. But I think it was a good decision, and really came off for us…”

There were numerous reactions on social media after R Ashwin’s decision.