Asia Cup: Pakistan U-19 beat India in a thriller 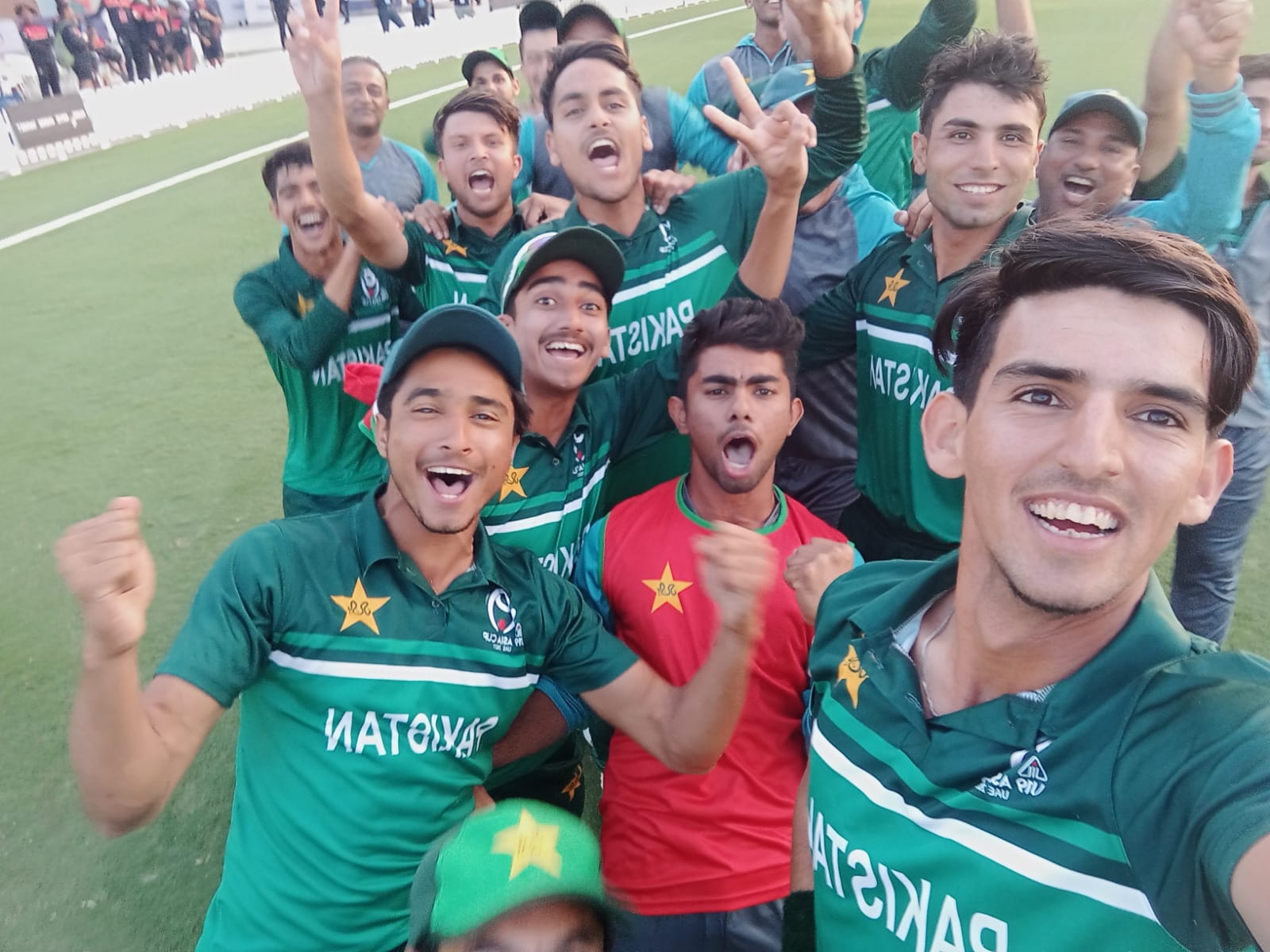 Dubai, December 25: Pakistan prevailed in a thriller as they beat India in the ACC U19 Asia Cup fixture at the ICC Cricket Academy Oval 2, Dubai on Saturday, December 25.

Chasing 238 to win, Pakistan achieved the target for the loss of eight wickets with Ahmed hitting the winning runs on the last ball of the match.

Player of the match Shehzad top-scored with 82 off 105, hitting four fours and five sixes. It was little cameo from Ahmed who helped Pakistan cross the line. Ahmed’s unbeaten 29 came off 19 balls, which included three fours and one six. Right-handed batter Rizwan Mehmood coming to bat at number-seven chipped in with a 34-ball 29, hitting four fours.

Earlier, after being put into bat, India were reeling at 41 for four in the eighth over courtesy Zeeshan Zameer’s three wickets upfront.
India were bowled out for 237 in the 49th over. Aaradhya Yadav top-scored with 50 off 83. Harnoor Singh (46, six fours, 59b), Rajvardhan Hangargekar (33, five fours, one six, 20b) and Kaushal Tambe (32, four fours, 38b) were other contributors with the bat.