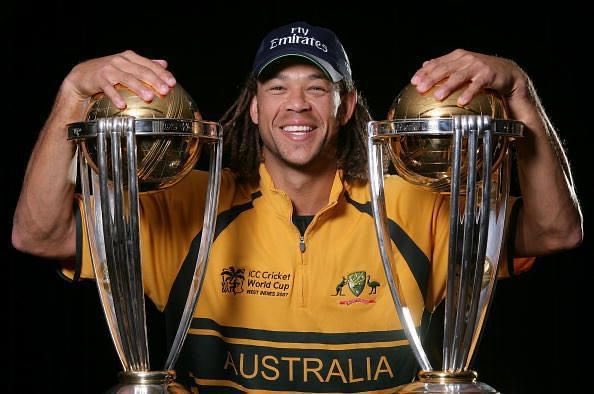 Srinagar, May 15: In another shocking news for the Australia cricket this year and in general for World of Cricket, former all-rounder Andrew Symonds has died in a car crash in Queensland, Australia.

According to reports the 46-year-old was involved in a single-vehicle accident late on Saturday. He is survived by wife Laura and young children Chloe and Billy.

Queensland Police are investigating the crash, which occurred at Hervey Range, about 50km from Townsville, report said.

“Early information indicates shortly after 11pm the car was being driven on Hervey Range Road, near Alice River Bridge when it left the roadway and rolled,” a police statement read.

“Emergency services attempted to revive the 46-year-old driver and sole occupant, however, he died of his injuries.”

Symonds death comes barely two months after the death of leg-spin great Shane Warne at age 52 after a suspected heart attack in Thailand.

“Australian cricket has lost another of its very best. Andrew was a generational talent who was instrumental in Australia’s success at World Cups and as part of Queensland’s rich cricket history,” Cricket Australia chair Lachlan Henderson said.

“He was a cult figure to many who was treasured by his fans and friends.

“On behalf of Australian cricket our deepest sympathies are with Andrew’s family, team-mates, and friends.”

Symonds played 26 Tests for Australia, scoring 1462 runs at 40.61 and picking up 24 wickets with his handy off-spin and medium-pace bowling.