Australia’s bruising and protracted cricket pay dispute was finally resolved on Thursday with the players and management agreeing on a new “in-principle” deal, ensuring upcoming series against Bangladesh, India and England can go ahead.

The players appeared to be the winners in the five-year agreement, worth an estimated US $396 million, as they retained the revenue-sharing model they had been fighting for — with women cricketers also included for the first time.

The bad-tempered stand-off had been rumbling for months, rattling the game and badly straining the players’ relationship with governing body Cricket Australia. 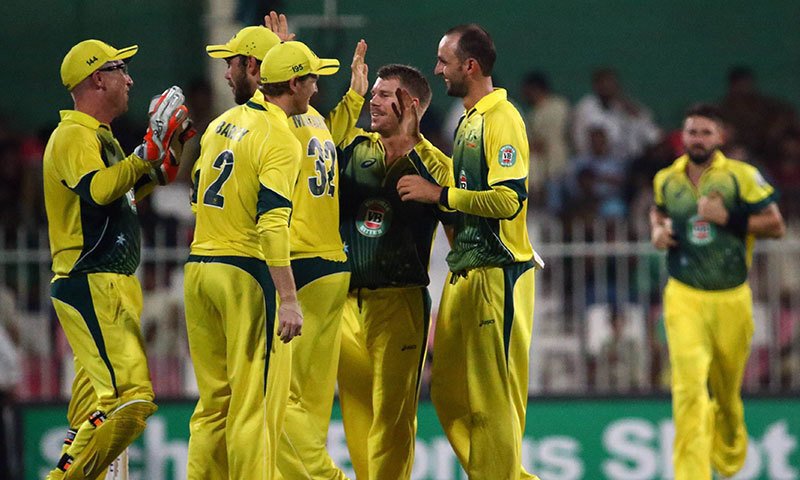 Some 230 cricketers had been unemployed since the end of June when their contracts expired, putting this month’s Test tour to Bangladesh under serious threat.

“Today’s agreement is the result of sensible compromises by both parties,” said CA chief James Sutherland, adding that the “core issues” had been worked out. He said the five-year deal would “restore much certainty to the game of cricket”.

“It will allow all players — state and international players — to be contracted immediately and it will also allow the all-important tour of Bangladesh to proceed as planned.”

At the heart of the dispute had been the divisive issue of revenue-sharing.

CA wanted to scrap the model that has governed players’ salaries since their first memorandum of understanding was brokered 20 years ago.

Players have been paid a percentage of gross revenue for the past two decades, and they argued that changing the system would make them employees rather than partners with incentives to grow the game.

CA wanted to pay them from a set pool instead, with only surplus revenue shared, to give it more cash to invest in grassroots programs and facilities.

In the end, it was the players who came out on top, with the revenue-sharing model retained.

Under the new deal, they will share up to 30 per cent of agreed revenue — 27.5pc of forecast revenue streams, and a 2.5pc performance pool.

This is estimated to be worth Aus$500 million over the next five years.

Under the previous system, male players had been sharing up to 26 pc of revenues.

Relationships ‘tested’
In a significant move, the format will also apply to female players in what the Australian Cricketers’ Association (ACA) said was “the biggest pay rise in the history of women’s sport in Australia”.

“The new MOU is a great achievement for the players and the game,” said ACA president Greg Dyer.

“Like anything worthwhile it’s been hard to achieve. But what has been agreed is ground-breaking for Australian sport.

“One MOU for men and women, the maintenance of the partnership model, and record investments for grassroots cricket is what we wanted and it’s what has been achieved.”

Steve Smith can now lead his team to Dhaka on August 18 with their futures secured.

It also ensures that a one-day tour to India in September and October and the showpiece home Ashes series against England, beginning in November, are now safe.

An Australian A tour to South Africa last month was called off after players announced a boycott, and Sutherland admitted relationships within the game had been “tested”.

“Both parties acknowledge and regret that,” he said.

“We are restoring certainty and beginning to repair relationships, especially with the fans. We want the focus to be back on the cricket.”

Sutherland had warned that unless negotiations produced a compromise this week, he would take the matter to arbitration and let the industrial umpire sort out the mess.

This sparked new urgency to strike a deal, with talks continuing over the weekend.

An announcement was widely expected on Tuesday or Wednesday, but it took longer than expected for the two sides to sign off on the formalities.