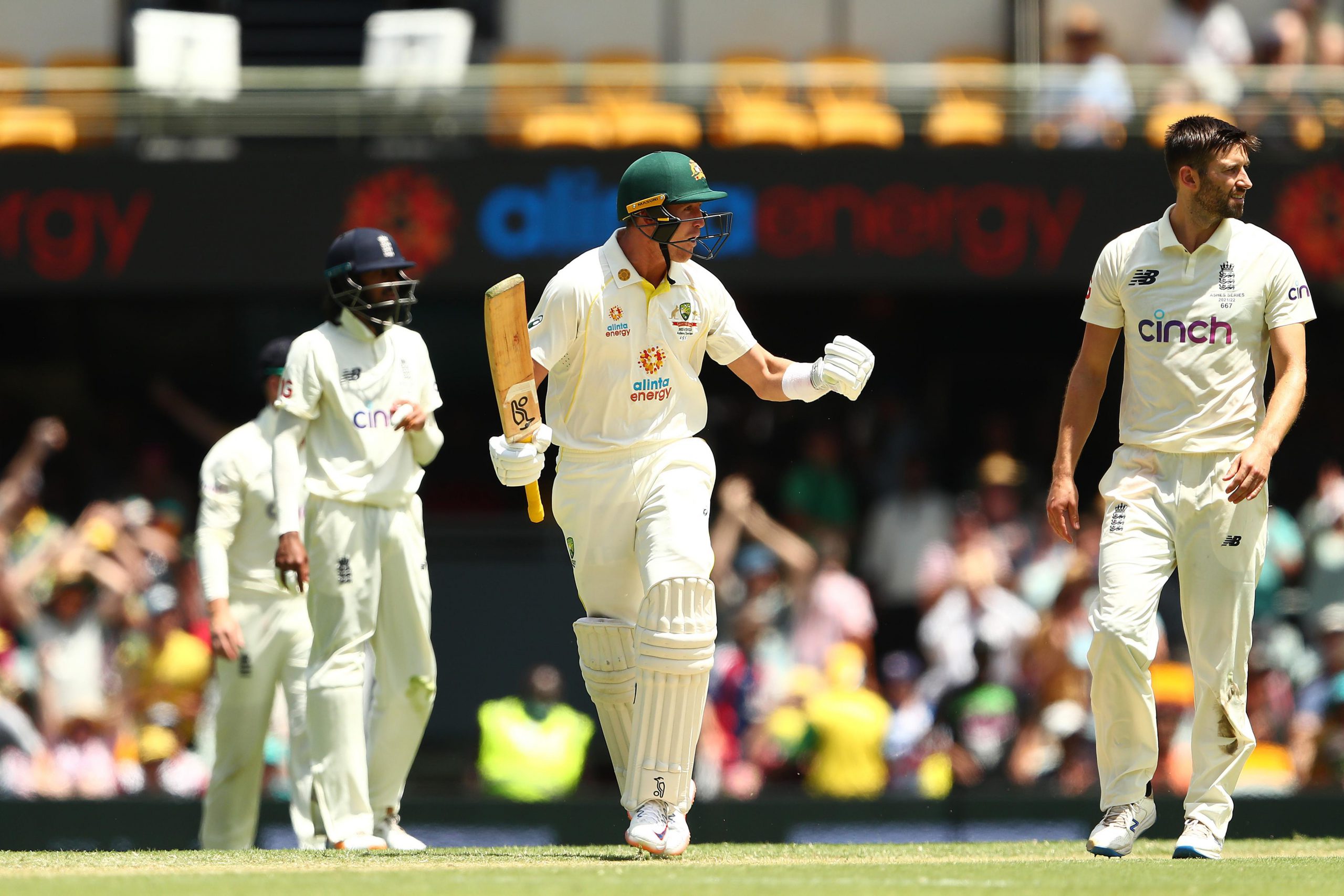 Brisbane, December 11: Australia have claimed a strong nine-wicket victory over England to take a one-nil lead in the five-match Ashes series.

After a tricky day three, where England showed grit in pulling back their large first-innings deficit, Australia came out in a strong fashion on the fourth morning, bowling England out for 297.

Australia, requiring just 20 for victory, raced to the target early into the second session of the day, to take a one-nil lead.

England added just three runs to their overnight score when they lost their first wicket of the day, with Dawid Malan hitting a bat-pad catch to Marnus Labuschagne for Nathan Lyon’s 400th Test wicket. Lyon saluted the crowd as the 17th bowler to reach the milestone, and third Australian, after Shane Warne and Glenn McGrath.

After his agonising wait to reach the mark, Lyon waited a matter of minutes for wicket No.401, dismissing Ollie Pope for just four.

Though perhaps the most vital scalp of the day was wedged between Lyon’s double-blow. Cameron Green, brought on before the new ball, forced a false shot from England Captain Joe Root on 89, with Alex Carey taking one of his eight catches in his first Test.

Carey’s eight is a record for catches on Test debut, and was excellent behind the stumps, backing up the work of Australia’s quicks, Pat Cummins, Josh Hazlewood and Mitchell Starc, who showed little respite.

Cummins squared up Ben Stokes, who fell for 14, while a Jos Buttler cameo was caught short by Hazlewood, as the English batter fiddled outside his off-stump on 23.

As English hopes faded, Australia put the foot to the floor. Green claimed all-rounder Chris Woakes, and Lyon, finding the rhythm that brought his tally to the 400-mark, cleaned up the tail.

Requiring just 20 for victory, after the lunch break, Carey joined Marcus Harris to open, with an injury cloud looming over David Warner.

Carey edged to keeping counterpart Buttler for 9 in the chase, with Harris finishing off the job with a boundary through point.