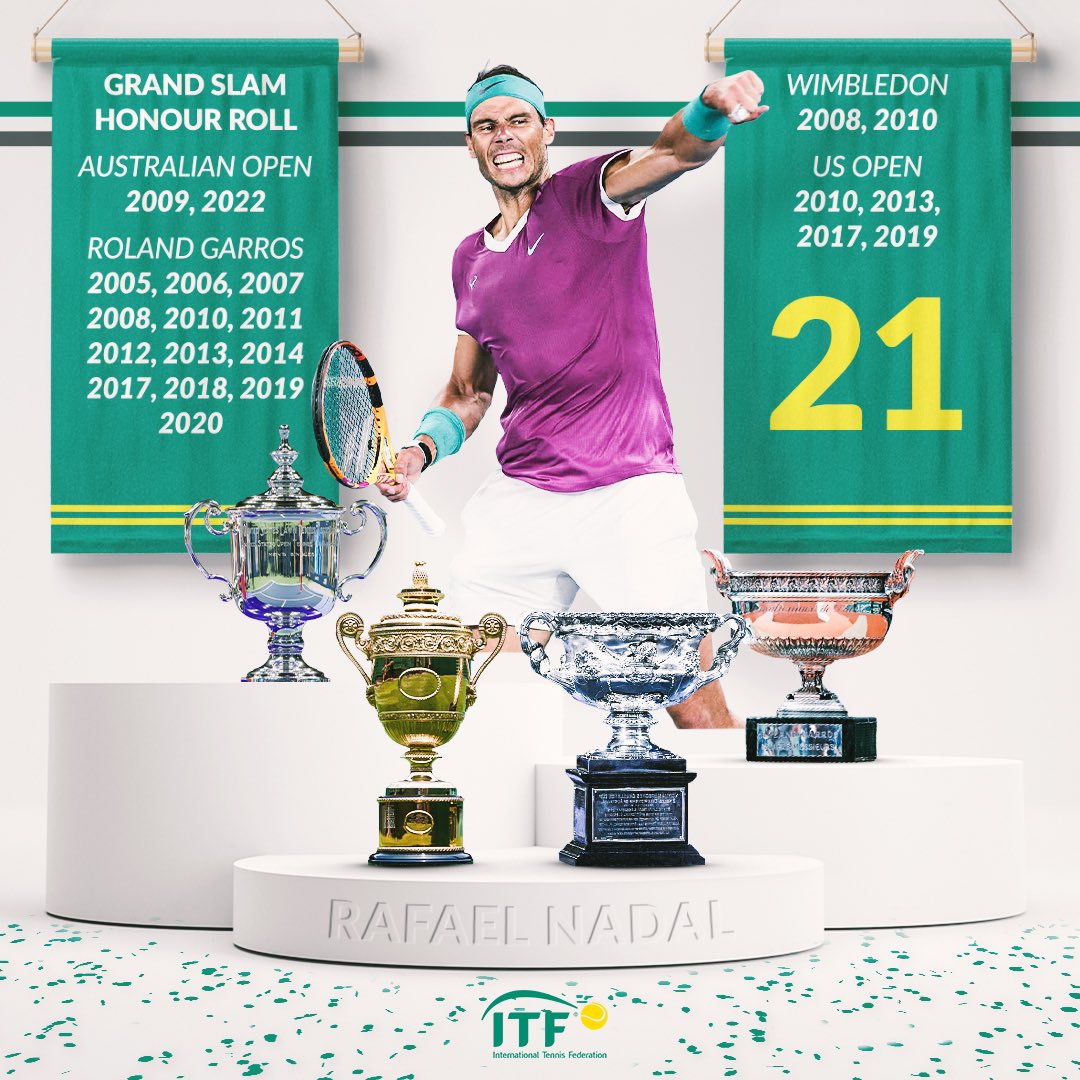 In a match that lasted over five hours, Nadal made an incredible turnaround to beat Medvedev 2-6, 6-7, 6-4, 6-4, 7-5. This was the first time in over 14 years that Nadal came from two sets down to win a Grand Slam game; the last was in the 2007 Wimbledon where he defeated Mikhail Youzhny of Russia in the fourth round.

The Spaniard became the first male tennis player to win 21 Grand Slam titles, going ahead of Switzerland’s Roger Federer and Novak Djokovic of Serbia; both tied at 20 each.

Medvedev started strong in the match and took the first set 6-2 with relative ease, breaking Nadal’s serve twice and then serving it out in 42 minutes. Nadal’s first serve percentage was down to 54% compared with Medvedev’s 82%. The Russian then took a 6-2, 7-6 (5) lead after the dramatic second set that saw a protester jump from the stands into the playing arena at Nadal’s end. The security sprung into action moments after the intruder entered the court and cast him away.

Nadal saved the point to get back to deuce but wasted a set point. He then dropped the service game to help his opponent revive. Medvedev eventually clinched the set on his first set point with a backhand passing shot on Nadal’s serve.