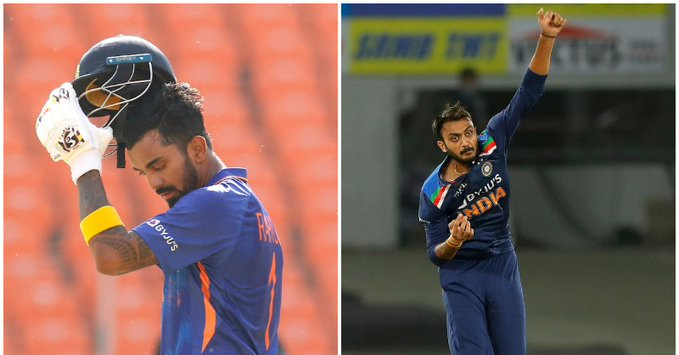 Dubai, Febuary 11: Axar Patel and KL Rahul have been ruled out of the upcoming three-match T20I series against West Indies in Kolkata while Deepak Hooda and Ruturaj Gaikwad have been named as their replacements.

Rahul sustained an upper left hamstring strain while fielding during the second ODI against West Indies in Ahmedabad and was subsequently replaced by Shreyas Iyer in the third and final match of the series. Axar, who was already making his recovery from injury, has now started the final stage of his rehabilitation after recovering from COVID-19 recently.

As a result, Gaikwad and Hooda have been added to India’s T20I side. Hooda made his ODI debut during the series against West Indies and impressed with his all-round contributions. He played the first two matches and played crucial knocks of 26* and 29 respectively. Hooda also bowled four overs during the second match and registered figures of 1/24.

Gaikwad, on the other hand, has been with the Indian squad since the home series against New Zealand last year but he is yet to add to his two caps which he earned against Sri Lanka. The Maharashtra batter has been in sublime batting form in domestic cricket and he will be eager to carry that forward if he gets an opportunity to play during the upcoming T20Is.