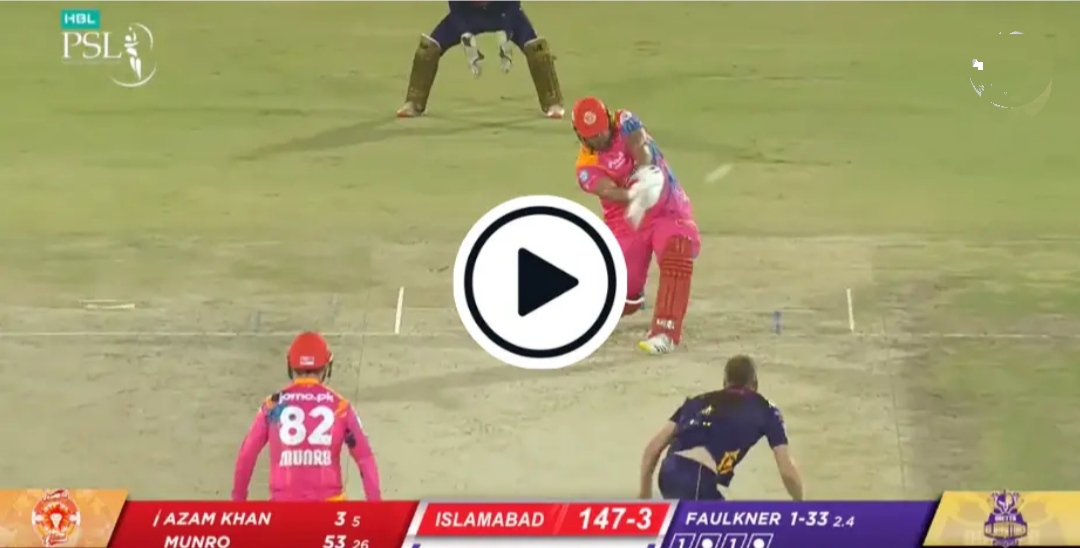 Srinagar, Febuary 4: It was pure display of power hitting on Thursday night as Islamabad United batsman lead by Azam Khan, Paul Stirling, Colin Munro smashed Quetta Gladiators bowlers all over the park in the match of Pakistan Super League in Karachi.

Islamabad’s innings got off to a flier as Alex Hales blasted a nine-ball 22 with fellow opener Paul Stirling hitting a 28-ball 58. Islamabad’s top-scorer was Colin Munro who finished unbeaten with a 39-ball 72.

However , one of the highlights of the inning was youngster Azam Khan’s 35 ball 65 run knock in which he hit some monster blows.

Azam Khan smashed huge six in his inning which landed out of the stadium.

Azam Khan, the son of former Pakistan captain Moin Khan, successfully read a James Faulkner slower ball in the 13th over and muscled it over the stands and out of the stadium for six. The maximum was measured at 107 metres.

Azam, finished with a 35-ball 65 as Islamabad ended their innings on an imposing total of 229-4.