Harare, Zimbabwe: Pakistan star batsman and skipper Babar Azam is closing on to break another record , and when Pakistan takes on Zimbabwe in first T20I ,he will have his eyes set on that record .
On Wednesday, Pakistan will take on hosts Zimbabwe in first T20I and Babar Azam will try to reach 2000 run mark in T20I.
Babar needs 60 more runs to break Virat Kohli’s record of fastest to 2,000 T20I runs, which the Indian captain achieved in 56 innings. Babar who has scored 1,940 runs at 48.50 in 49 innings, will be eyeing to achieve the feat in the first T20I against Zimbabwe on Wednesday.
Babar who last week dethroned Virat Kohli to become World No.1 in ODI batting is in great form after having superb series against South Africa.
In the T20 series against Proteas , Babar was awarded the player-of-the-series award for his 210 runs at 52.50 in the four-match series.
On the ICC T20I rankings, Pakistan has gained two points after the series win against South Africa and has consolidated their fourth position with 262 points, with England on the top with 272 points, followed by India (270) and Australia (267).
If Pakistan win all three matches against Zimbabwe, they will gain one point and narrow the gap with third-ranked Australia to four points. Winning the series 2-1 will still keep them to the fourth position but will cost them two points and take them down to 260.
Pakistan last visited Zimbabwe in July 2018, to feature in a tri-nation tournament involving Pakistan, Zimbabwe, and Australia. Pakistan beat Australia by six wickets on July 8 at the Harare Sports Club to win the tournament. 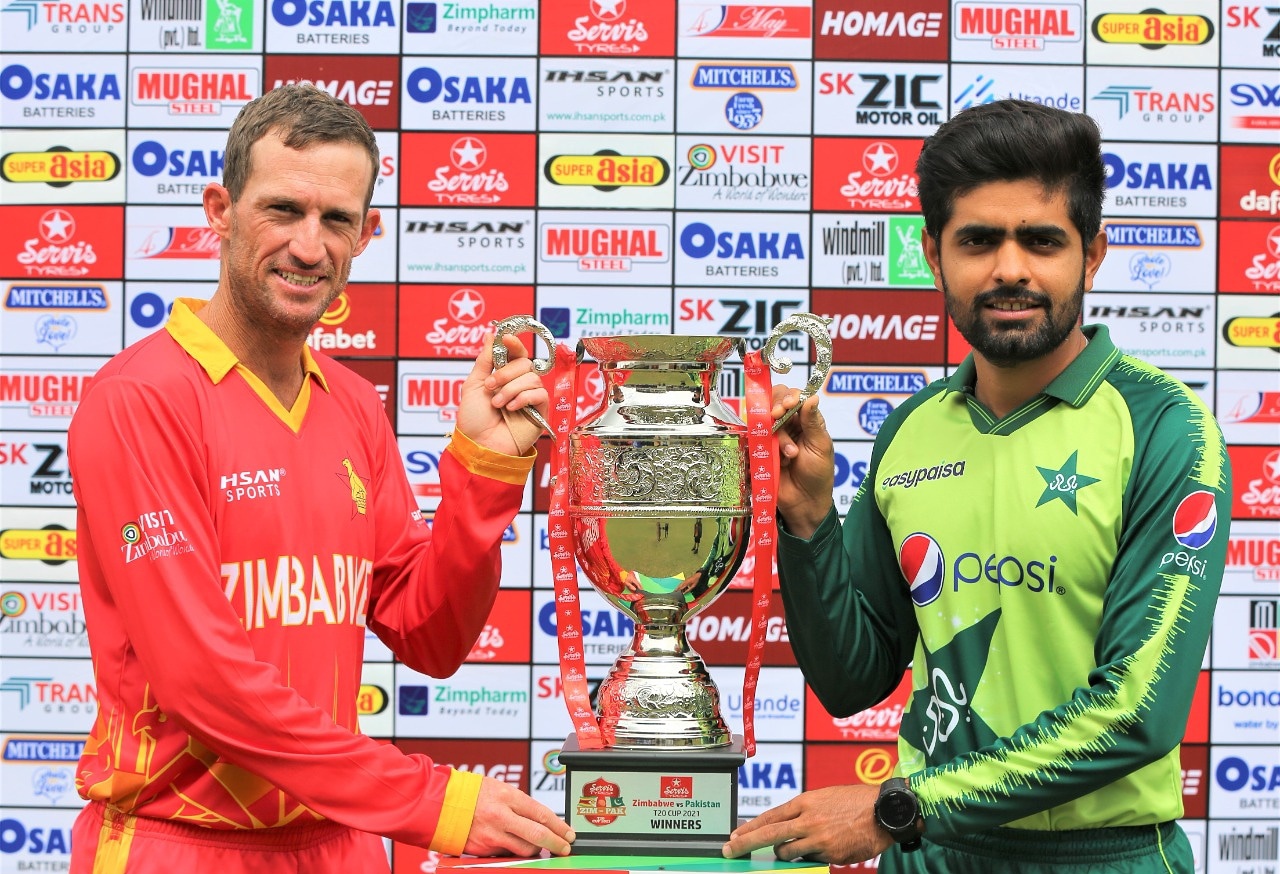