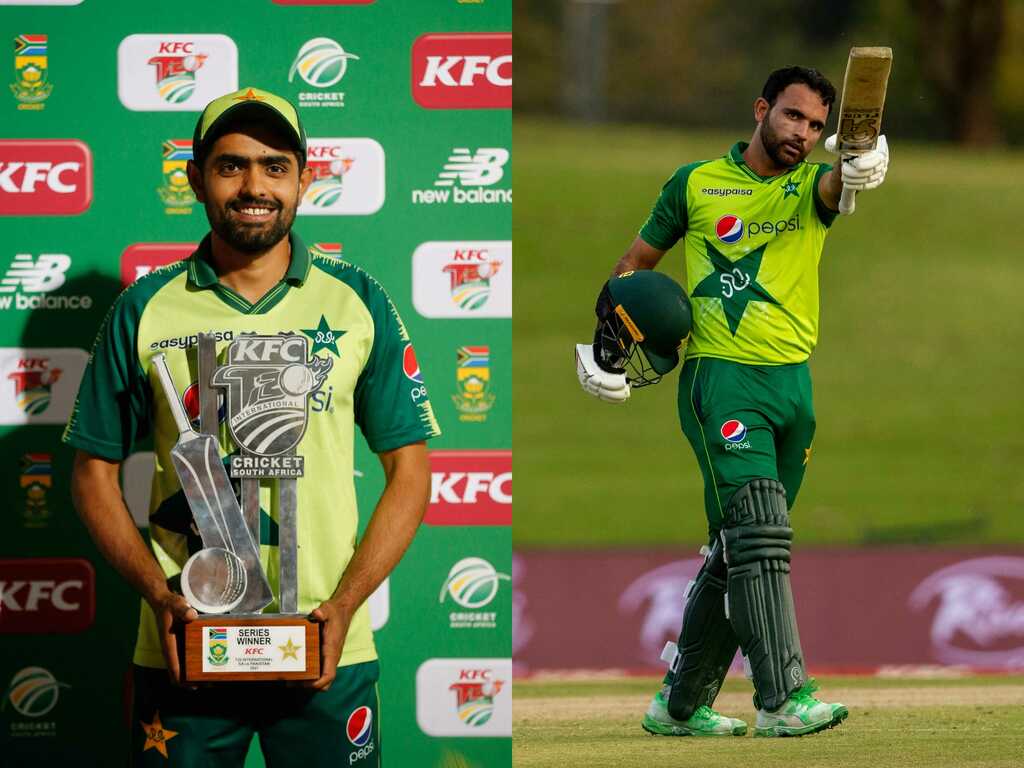 Dubai , May 5: With some stellar performance during South Africa series , Pakistan skipper Babar Azam and opener Fakhar Zaman are headlining the ICC player of the nomination that was announced by ICC on Wednesday .

ICC on Wednesday announced the nominees for April’s ICC Player of the Month Awards to recognise the best performances from both male and female cricketers across all forms of international cricket.

Fans can now vote on www.icc-cricket.com/awards for their favourite players of the month for April.

In the month of April, Pakistan captain Babar Azam became the No.1 ranked batsman in the MRF Tyres ICC Men’s ODI Player Rankings, ending India captain Virat Kohli’s long reign at the top of the charts.

Babar’s match-winning 82-ball 94 in the third ODI against South Africa helped him gain 13 rating points to reach a career-best 865 points. He also contributed 122 from 59 balls in Pakistan’s successful chase in the third match of a T20I series against the same opposition.

His compatriot Fakhar Zaman also produced a stellar showing during the month, scoring two centuries in the ODI series victory over South Africa, including a magnificent 193 in the second match in Johannesburg.

Completing the men’s shortlist, Nepal’s Khushal Bhurtel was the leading run-scorer as his team won a tri-series also featuring the Netherlands and Malaysia. His significant contribution with the bat totalled 278 runs, including four half-centuries in five matches.

Australia’s Alyssa Healy played three ODIs versus New Zealand, scoring 155 runs at an average of 51.66 and a strike rate of 98.72. Her efforts saw her finish as the leading run-scorer in Australia’s series victory over New Zealand that extended their record-winning streak to 24 ODIs.

Her teammate Megan Schutt became Australia’s leading wicket-taker in the same series, taking seven wickets at an average of 13.14.

New Zealand’s Leigh Kasperek played two ODIs against Australia, achieving career-best figures of six for 46 in the second match of the series, and followed this up with three more wickets in the final match, finishing with nine wickets at an average of 7.77.

The three nominees for either category are shortlisted based on on-field performances and overall achievements during that month (the first to the last day of each calendar month).

ICC Voting Academy for ICC Player of the Month April 2021