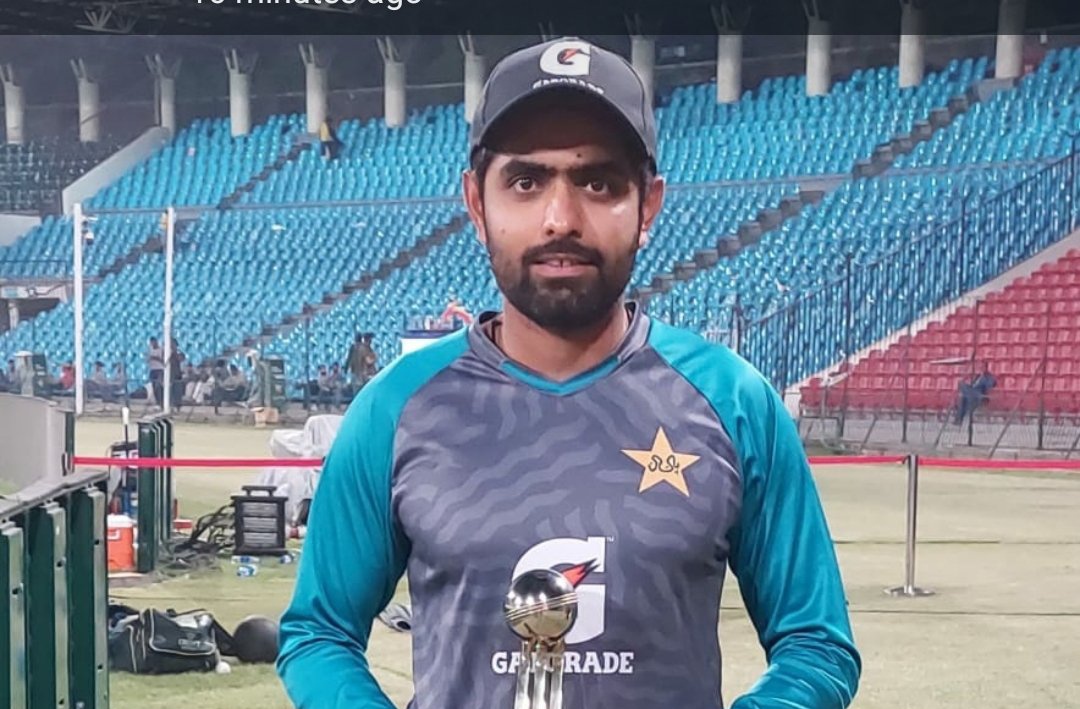 The tourists had recovered from the early loss of Aaron Finch to a trademark Shaheen Shah Afridi in-swinger, with Ben McDermott’s first century helping Australia to a sizeable 348/8.

But Pakistan’s brilliant top-order set up a dramatic finish, as Imam-ul-Haq and Babar Azam both hit superb centuries.

Iftikhar Ahmed finished the job, as Pakistan wrapped up the win off the final ball of the penultimate over.

It took just three deliveries for new-ball sensation Afridi to strike, pinning Aussie captain Finch in-front of his stumps for a golden duck.

But that lightning start proved the last bright moment for some time in Lahore for the home side, as Travis Head and McDermott put together a dominant 162-run partnership to set a platform for a huge total.

Head continued his outstanding form with a brisk 89 from 70 balls, falling short of his ton when caught at short fine leg off Zahid Mahmood.

Yet Head’s departure didn’t deter McDermott, who – fresh from his debut half-century in the format for Australia in the opening ODI – progressed to a richly-deserved first century in Aussie gold.

Australia built well on the platform set by McDermott and Head, with Marnus Labuschagne hitting 59 from 49 and Marcus Stoinis smashing 49 from 33.

But the chances of boosting the score up into the high 300s were hurt by the return of Afridi, who took three wickets in the last five overs to restrict the score to 348/8, with Afridi finishing with stand-out figures of 4/63.

Pakistan’s reply got off to a very solid start as the openers put on 118 for the first wicket in a terrific opening stand.

It was Marcus Stoinis who got the breakthrough, cleaning up Fakhar Zaman for 67.

But the wicket brought Babar to the crease, and Pakistan’s white-ball maestro set about another superb ODI innings as he formed a 111-run partnership with Imam.

The opener reached fell six runs after his century, with his 106 coming from 97 deliveries.

But Babar ensured the progress towards the target was almost serene.

The skipper fell with work still to be done, but his outstanding 114 from 83 balls had given his team a terrific chance, and they got the job done.

The required rate was just beginning to creep up when Khushdil Shah unleashed, with his 27 from 17 balls helping Pakistan close to the target.

And Iftikhar’s punch back down the ground sent the winning runs to the rope with six balls and six wickets to spare, setting up a decider in the third and final ODI.