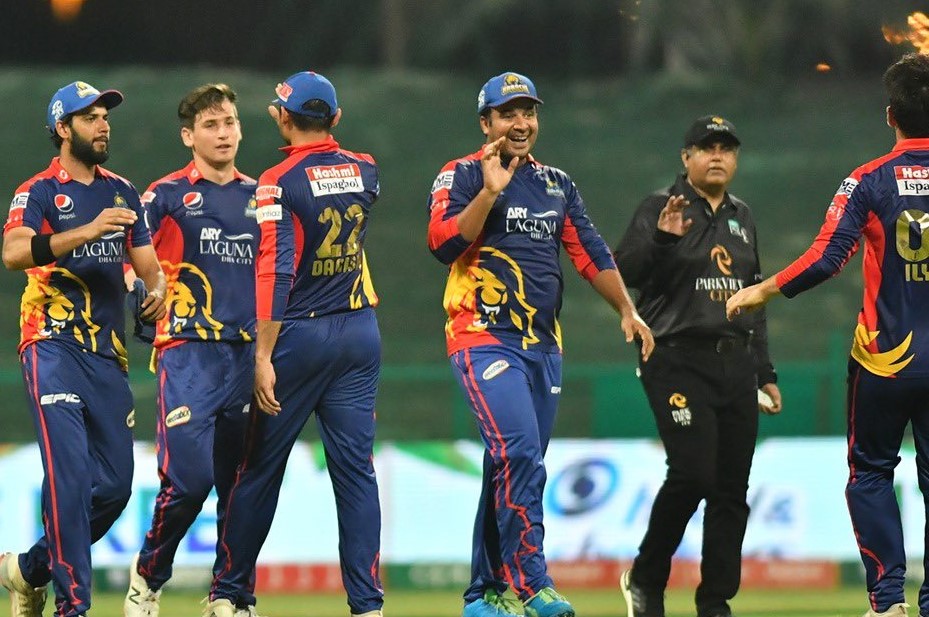 Kings, the title defenders, remained on the fifth spot on the points table after the win, but they now have eight points from four wins in nine matches. Qalandars’ position also remained unchanged as they sat on the third spot with 10 points.

Qalandars were provided a flying start in their chase of 177. Fakhar Zaman smashed Imad Wasim for two gigantic sixes on the leg-side and Sohail Akhtar, the Qalandars captain, followed it up with two fours off Mohammad Amir in the second. The third over added another 11 runs to the total, but it took almost seven more overs and the loss of three wickets for Qalandars to score the next 34 as Kings, on the back of their brilliant bowling, pulled their side back in the contest.

It was young pacer Mohammad Ilyas who delivered the first breakthrough as he trapped Qalandars captain LBW in the fifth over. Imad had his revenge on the first ball of the ninth over when he bowled Fakhar. Meanwhile, left-arm wrist spinner from Afghanistan, Noor Ahmad, continued to deny any opportunities to Qalandars batsmen to score runs.

A comic mix-up during an appeal for leg-before wicket on Noor’s bowling saw Agha Salman run out at the non-striker’s end thanks to Danish Aziz’s presence of mind and a superb direct hit.

Ben Dunk was the next wicket to fall when Babar Azam took a sharp catch at first slip off Noor on the last ball of the 12th over.

Any hopes that Qalandars fans harboured were shattered on the last ball of the 14th over when Hafeez drove Noor straight to Imad at extra cover. Qalandars by this time now were five down for 92 with the required run-rate at a daunting 14.17.

The 16-year-old finished with two for 19 from four overs.

But there was a twist in the tale. A scintillating display of power-hitting from Tim David (34 off 14, three sixes and two fours) and James Faulkner (33 off 18, three sixes and one four) added 58 runs to the team’s total in just four overs. Their stay at the crease was laden with the sight of ball flying all around the park and in the 18th over, the pair struck Abbas Afridi for three sixes in the first four balls before David holed out to long-off.

Qalandars needed 18 off the last three balls and Rashid Khan deposited Ilyas for a six over third-man. That final hope, however, was short lived as the next ball went to four and the last ball turned out to be a dot.

Kings’ innings was studded with yet another Babar half-century. The Pakistan captain stroked seven fours in his 44-ball 54 and is now just six runs away from becoming the first batsman to touch 2,000-run mark in the HBL PSL. Over the course of his stay at the crease, he got as many as four reprieves being dropped each time.

He could have been the first wicket of the day had Ben Dunk caught an edge off James Faulkner in the second over. He was put down in the fifth over off Haris Rauf and twice of Ahmed Daniyal by Haris in the 10th over and Rashid in the 15th. Babar’s scores at these instances were one, nine, 23 and 54.

Qalandars’ inability to get Babar out allowed him to stitch 88 runs with Martin Guptill, who made his first notable contribution with 43 off 31 and smashed three sixes and two fours. Their partnership was finally broken by Ahmed when Guptill chopped on the right-arm pacer and Qalandars inched back into the contest with Rashid’s double blows in the 16th over as the Afghanistan leg-spinner bowled Chadwick Walton on the first ball and got Babar caught on the penultimate ball. Babar’s was the last Kings wicket to fall.

Imad hammered three fours and a six in his blistering 30 not out off 19 as Kings managed 49 off the death overs.