An all-rounder, two dashing openers and the top-ranked batter Babar Azam in the 50-over format make the list of nominees for 2021 ICC Men’s ODI Player of the Year awards.

Shakib Al Hasan marked his return from a two-year ban (suspended for one year) in style with a Player of the Series-winning performance against West Indies in January 2021. Despite last playing an ODI in July 2019, there were no signs of rust as Shakib amassed 113 runs and scalped six wickets in Bangladesh’s 3-0 sweep.

Shakib endured a lean series against Sri Lanka at home, where he scored just 19 runs and snared three wickets in the three matches. However, he hit his stride in the three-match series against Zimbabwe, aggregating 145 runs and accounting for eight wickets. He picked up his second Player of the Series award in the calendar year as Bangladesh completed yet another series sweep.

As he has done often for Bangladesh, Shakib came to his team’s rescue both with the bat and the ball in the second ODI against Zimbabwe at Harare.

Opting to bat first, Zimbabwe recovered after losing the openers in the Powerplay. Just when Brendan Taylor and Regis Chakabva were starting to look dangerous, Shakib broke the 47-run stand, dismissing the latter. He then picked up the wicket of the well-set Dion Myers for 34 and finished with 2/42 in 10 overs.

Chasing 241, Shakib walked out to bat at No.3 in the last over of the Powerplay. Bangladesh soon found themselves in a spot of bother at 75/4 at the end of 18 overs. The talismanic all-rounder first added 55 vital runs with Mahmud Ullah before stitching a 28-run stand with Afif Hossain for the seventh wicket.

Zimbabwe had Bangladesh on the ropes at 173/7, at which point the visitors still needed 68 runs in 71 balls with just three wickets in hand. Thankfully for Bangladesh, Shakib was still at the crease, unbeaten on 63. With the support of Mohammad Saifuddin, he got the Tigers across the line with five balls to spare and wrapped up the series in the process as well.

Babar Azam – Pakistan
405 runs in six matches at an average of 67.50 with two centuries

Babar Azam might have played only six ODis in 2021, but he made vital contributions in the two series that they played this year.

He was the second-highest run-scorer with 228 runs and was the Player of the Match in both of Pakistan’s wins in the 2-1 series victory against South Africa. He was the architect of Pakistan’s chase of 274 in the first ODI with a century and laid the foundation with an 82-ball 94 in the final ODI where the visitors posted 320 batting first.

He was the lone warrior for Pakistan when they were swept by England 3-0. He accumulated 177 runs in three games but found no support none of the other batters managed to score more than 100 in the series.

Azam’s best performance this year came in a losing cause in the final ODI against England.

With the series already lost, Pakistan were playing for pride as well as crucial ICC Cricket World Cup Super League points in the third ODI at Birmingham. Put in to bat first, Pakistan posted 331, with Babar scoring close to 50 per cent of the team’s runs.

Walking in to bat early in the innings, Babar strung a 92-run stand with Imam-ul-Haq to bail Pakistan out of trouble. He was cautious in his approach initially, bringing up his half-century in 72 balls. He made up for it by bringing up the next fifty runs in just 32 balls – it was his second ODI century of the year.

With the milestone out of the way, he exploded in the death overs and almost batted through the innings, getting out in the last over for 158, his highest-ever ODI score.

Unfortunately for Pakistan, James Vince and Lewis Gregory stole the show with a stunning 129-run stand for the sixth wicket as England chased the total down with two overs to spare.

Janneman Malan – South Africa
509 runs in eight matches at an average of 84.83 with two centuries and two half-centuries

Having made his ODI debut in just February 2020, Janneman Malan has quickly a vital cog of South Africa’s 50-over setup.

Malan was given his first game of the year in the third ODI against Pakistan with the series tied at 1-1. Though South Africa lost the game and thus the series, Malan made an instant impact with a knock of 70.

He picked up the Player of the Series award in the three-match series against Ireland after finishing as the top-scorer with 261 runs in two matches. His 84 in the second ODI went in vain as South Africa fell short by 43 runs but was unstoppable in the next match with a sensational knock of 177 that propelled his side to 346/4.

He carried his form over to Sri Lanka and finished as South Africa’s highest run-getter in the ODI series with 162 runs. He starred for the Proteas in their only win of the series, with a 135-ball 121 on a difficult batting track in Colombo.

With 509 ODI runs in the year, he finished as the second-highest run-scorer of 2021.

Having lost the second ODI of the series after the first match was washed out, South Africa had to win the final game to avoid a series defeat against Ireland.

Batting first, Malan and Quinton de Kock took the game away from Ireland with a brilliant 225-run opening partnership. De Kock was the aggressor, Malan took his time and played second fiddle. By the time de Kock got out on 120, Malan had brought up his century in 126 deliveries.

Paul Stirling – Ireland
705 runs in 14 matches at an average of 79.66 with three centuries and two half-centuries

With 705 runs, Paul Stirling finished 2021 as the highest run-scorer in ODIs this year.

Stirling made a memorable start to the New Year in January 2021 with a stunning century against UAE, though it came in a losing effort.

He was Ireland’s highest run-getter in the 3-0 series loss against Afghanistan with 285 runs in three matches. Though he scored two centuries in the three games, the rest of the Ireland batting order failed to live up to its billing as Afghanistan completed a sweep in the UAE.

He carried his form over to the three-match series in the Netherlands. He was once again the lone bright spot with the bat for Ireland as the Netherlands won the series 2-1.

After scoring just 51 runs in three ODIs against South Africa, Stirling returned to form in the drawn series against Zimbabwe, scoring 108 runs in three matches.

With the series on the line after Afghanistan took the lead in the opener, Ireland needed their star player to make the most of the batting-friendly conditions in the UAE after opting to bat first.

Despite losing two wickets inside the first four overs, Stirling kept the scoreboard ticking with a run-a-ball 29 in the Powerplay. He put together an 84-run stand with Harry Tector for the third wicket.

He brought up his fifty in 47 balls but had to once again build the innings with Curtis Campher after the fall of Tector. The duo added 106 runs for the fourth wicket, with both the players mixing caution with aggression to counter the brilliance of Afghan spinners.

He brought up his hundred in style with a boundary and eventually perished for 128 in 45th over with the score at 228. Unfortunately, the rest of the batters failed to capitalise on the platform laid, as they finished on 259/9. 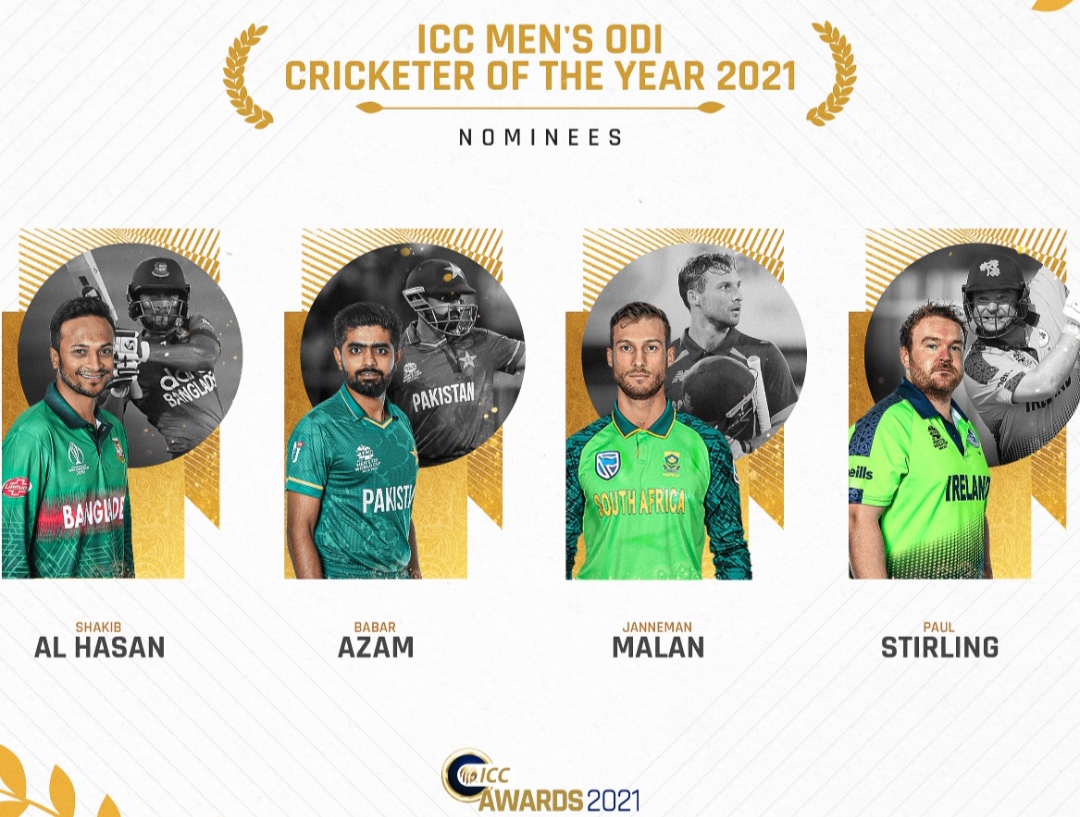