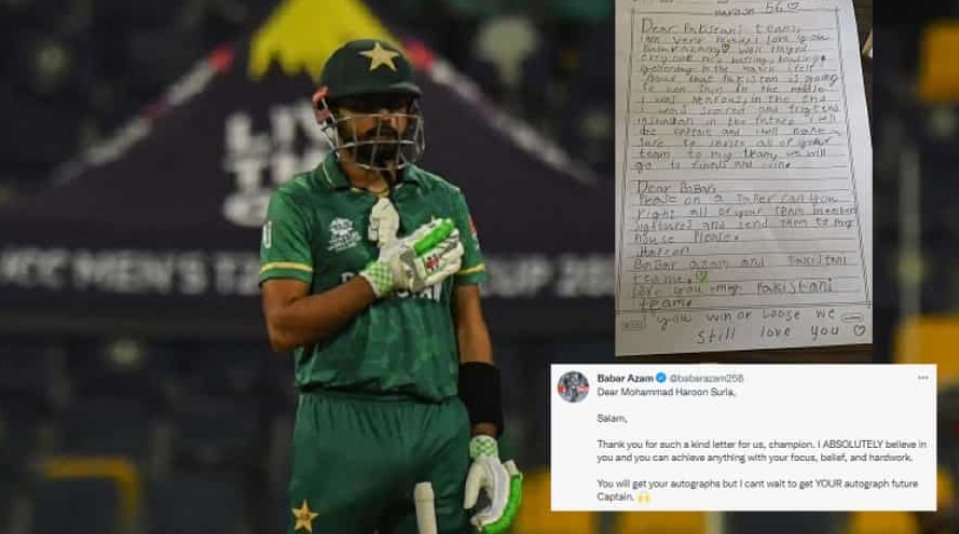 Srinagar, November 15: There is a reason why everyone in cricket World love Pakistan cricket team skipper Babar Azam and his latest act has proved that again.

Babar Azam has given a beautifull to a eight year old Pakistan cricket team fan who had written a letter to Pakistan Cricket Team after thier defeat in semi-final of the T20 World Cup final at the hands of eventual winners Australia.

Mohammad Haroon Suri, who termed himself as the ‘future captain’, lauded the Pakistan team’s performance in the T20 World Cup.

The little boy requested Babar to send him autographs of the whole squad.

Babar responded to the little fan and thanked him for such a kind letter.

“Thank you for such a kind letter for us, champion. I absolutely believe in you and you can achieve anything with your focus, belief, and hard work,” Babar replied to the fan on his Twitter handle.

“You will get your autographs but I cant wait to get YOUR autograph future Captain,” he concluded.