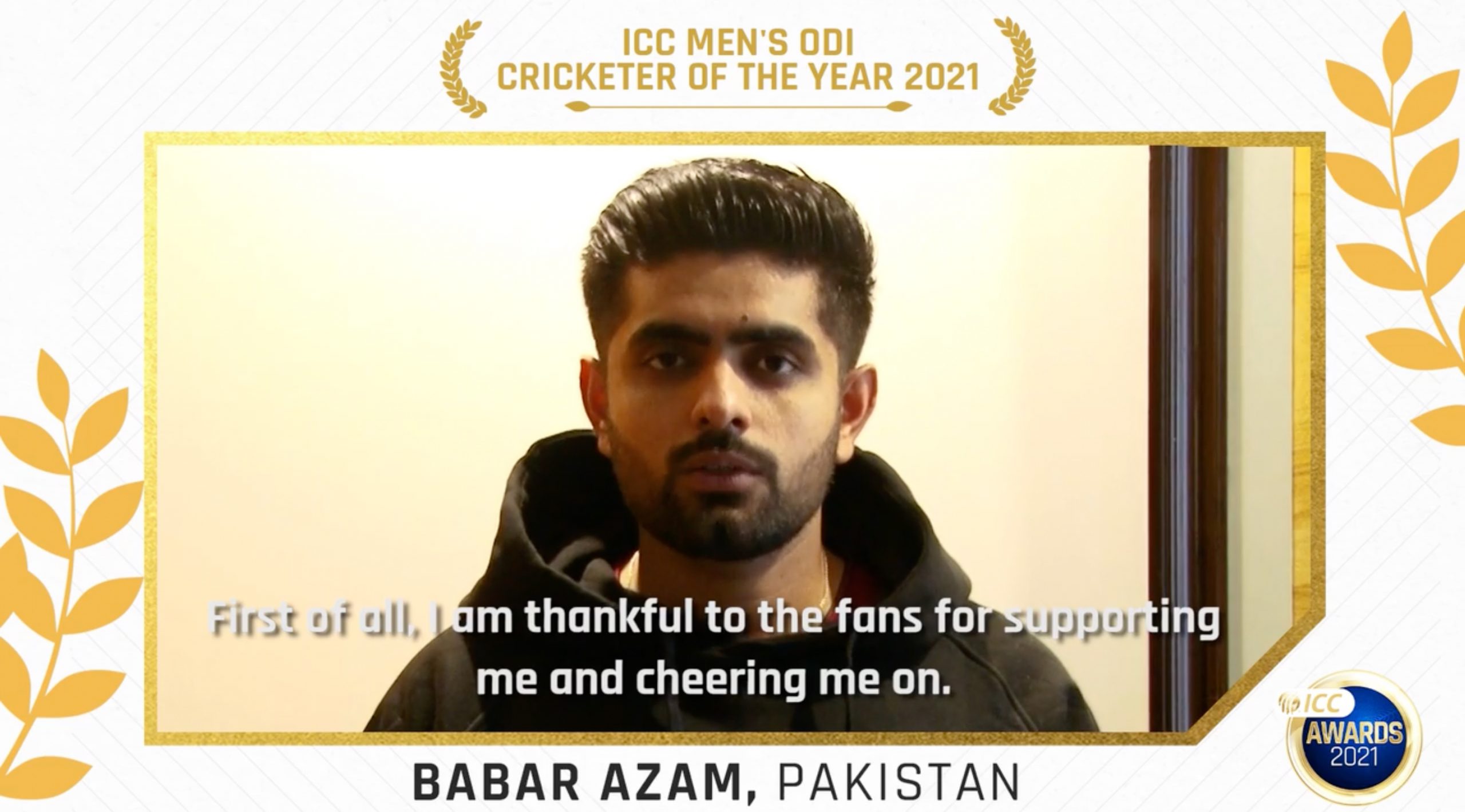 Dubai, January 24: Babar Azam has been named as the ICC ODI Cricketer of the Year for his outstanding performance for the Pakistan throughout the year.

Match wining knocks, spell-binding stroke-play and memorable moments – 2021 turned out to be a year to remember for the winner of the ICC Men’s ODI Cricketer of the Year Award.

Babar Azam – Pakistan
405 runs in six matches at an average of 67.50 with two centuries.

Babar Azam might have played only six ODis in 2021, but he made vital contributions in the two series that Pakistan played this year.

He was the second-highest run-scorer with 228 runs and was the Player of the Match in both of Pakistan’s wins in the 2-1 series victory against South Africa. The architect of Pakistan’s chase of 274 in the first ODI, Babar made a century and laid the foundation with an 82-ball 94 in the final ODI where the visitors posted 320 batting first.

He was the lone warrior for Pakistan when they were swept by England 3-0. He accumulated 177 runs in three games but found no support none of the other batters managed to score more than 100 in the series.

Azam’s best performance this year came in a losing cause in the final ODI against England.

With the series already lost, Pakistan were playing for pride as well as crucial ICC Cricket World Cup Super League points in the third ODI at Birmingham. Put in to bat first, Pakistan posted 331, with Babar scoring close to half of the team’s runs.

Walking in to bat early in the innings, Babar strung a 92-run stand with Imam-ul-Haq to bail Pakistan out of trouble. He was cautious in his approach initially, bringing up his half-century in 72 balls. He made up for it by bringing up the next fifty runs in just 32 balls – it was his second ODI century of the year.

With the milestone out of the way, he exploded in the death overs and almost batted through the innings, getting out in the last over for 158, his highest-ever ODI score.

Unfortunately for Pakistan, James Vince and Lewis Gregory stole the show with a stunning 129-run stand for the sixth wicket as England chased the total down with two overs to spare.