The tournament was organized by Badamwari Sports Fraternity under the aegis of JKFA .

Both the teams tried to score from the very beginning creating chances for their forward line to score and it was Mehran from Badamwari FC who scored first goal of the match in 16th minute of the match and then Hayat doubled the lead for Badamwari FC At halftime score was 2:0 in favour of Badamwari FC.

In second half, Real Baghat tried hard to score a goal but missed several chances to net the ball and also two penalty chances. Top mid fielder of Badamwari FC scored 3rd goal of the match for his team in 51th minute of the game. Badamwari FC defeated Real Baghat FC by 3:0.

Sharik from Badamwari FC was declared as the man of the match. He was awarded trophy with cash of rupees three thousand.
Stopper of Badamwari FC Umer and Hyder were awarded player of the tournament. They received trophies and cash prize of five thousand rupees.
runner up award trophy and cash rupees ten thousand (10,000).
Champions Badamwari FC, received twenty thousand, 20,000. 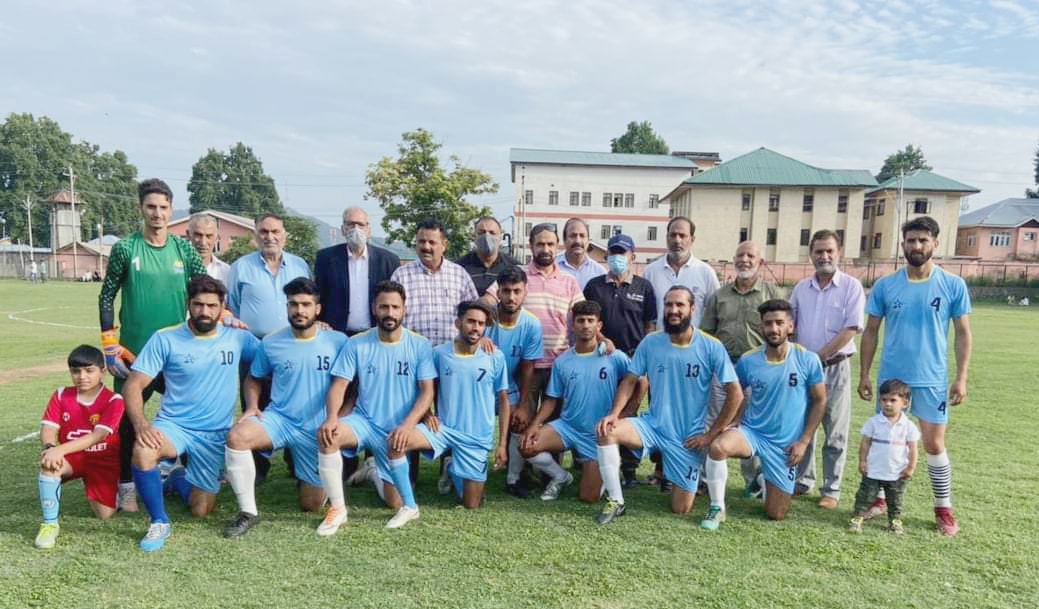