It was first quaterfinal of the match.
Gunners FC dominated the show in the beginning and Faizan Ahmad of Gunners FC scored a penalty goal in the 16th minute of the Ist half and received lot of appreciation from the spectators.

The first half ended with Gunners FC leading by one goal. The 2nd half started with an aggressive note Youth FC made certain beautiful moves at the goal but find the net, It was 55th minute of 2nd half that Youth FC Scored Ist Goal, scored by Iyman , And then Second goal scored in 62th minute of the game Asrar from Youth FC Scored Goal for his team. lead till the end 2:1 . Asrar of Youth FC was declared man the match. And Youth FC qualifying For Semis. 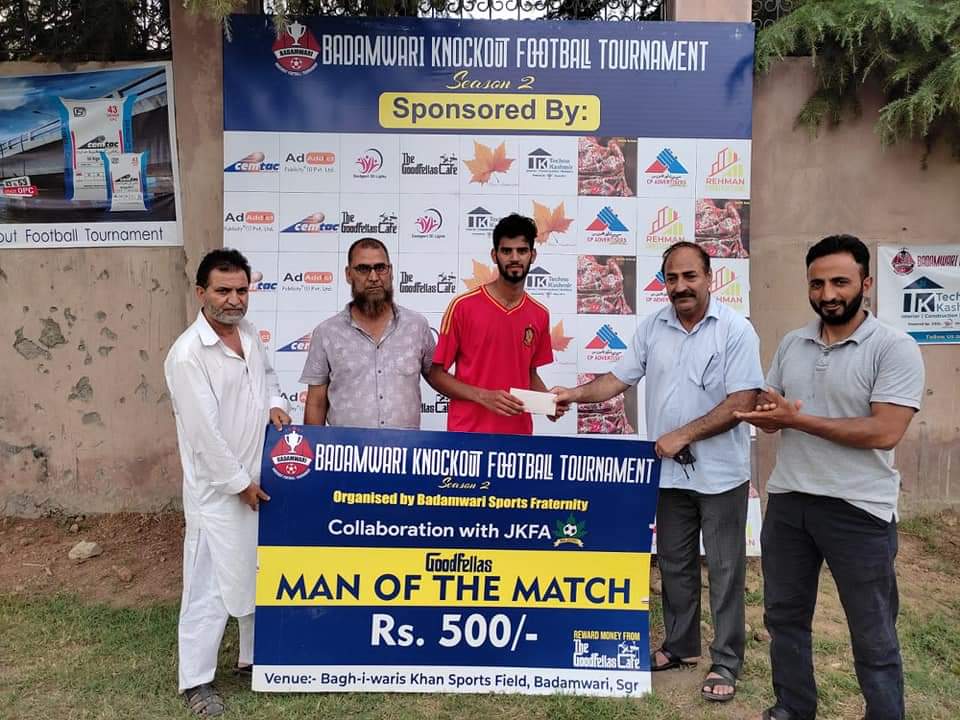