It was first semifinal of the tournament in which Badamwari FC beat Youth FC by 2-1 goals. Badamwari FC came from behind to register a win. In first half, Youth FC were leading by 1-0 goals. it was in second half Badamwari FC made a comeback by scroing two goals.

Basit was scorer for Youth FC while as Mehraj and Shabir were scorers for Badamwari FC.
Shabir was awarded man of the match.

The Tournamnet Organized by Badamwari Sports fraternity under the aegis of JKFA. 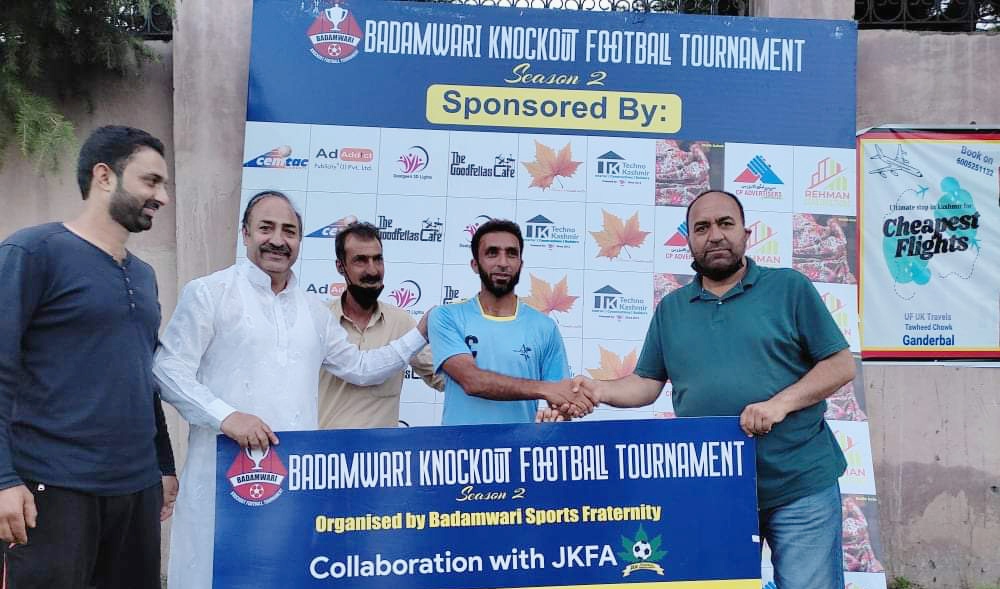