Bangladesh bundled out for 103 despite Shakib fifty 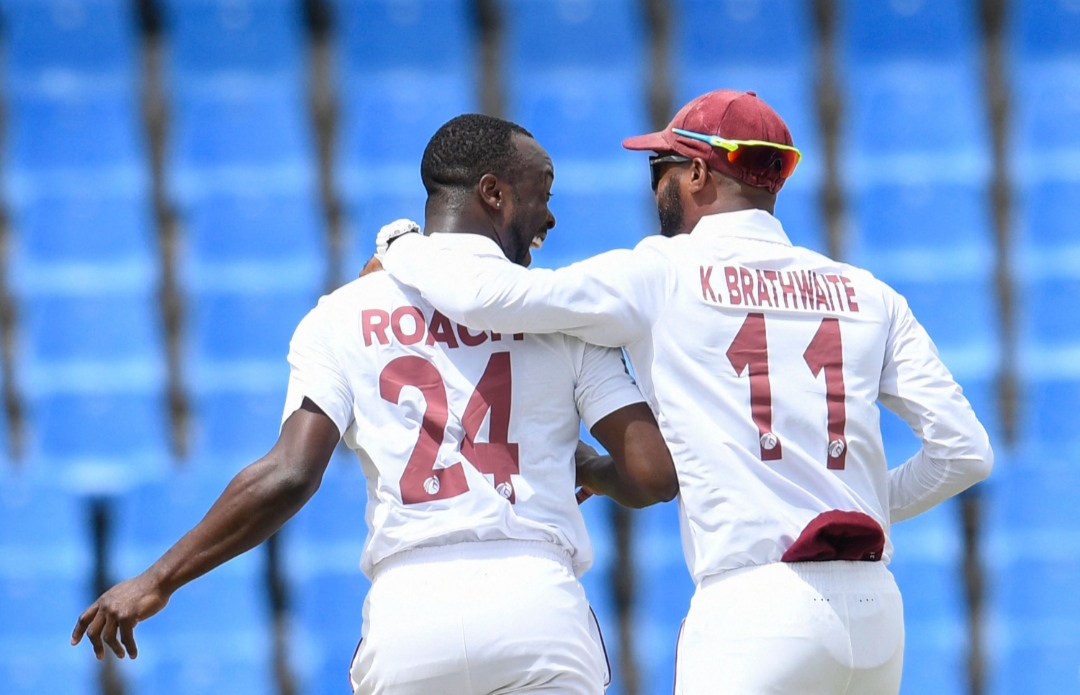 Antigua: With six ducks in another feeble Bangladesh effort, Shakib Al Hasan’s side look bereft of answers in the batting department.

Lasting less than a session and a half in North Sound, Bangladesh narrowly avoided a fourth double figure score in the current World Test Championship cycle, unable to deal with the West Indies’ fast-bowling artillery.

With six ducks in their innings, Bangladesh now have three of the seven Test innings with the dreaded half-dozen of noughts, crumbling to 103 all out and again failing to negotiate opposition new ball threats.

Mahmudul Hasan Joy fell first ball poking at a Kemar Roach delivery, with Najmul Hossain Shanto cleaned up without scoring by a seaming delivery in the quick’s next over.

Bowled out inside 33 overs, the collapse joins four other occasions the side have been bundled out inside two sessions during the current World Test Championship cycle in a worrying trend.

Tamim Iqbal (29) was perhaps unlucky with his dismissal having been strangled down the leg-side, and Shakib Al Hasan (51) only came undone on the attack having run out of partners.

On the other side, the West Indies’ four-pronged pace attack showed no respite, stifling the tourists in a strong collective performance and vindicating the decision to bowl first.

Jayden Seales and Alzarri Joseph claimed three wickets each, with Kemar Roach and Kyle Mayers picking up a pair to earn an early break in the pavilion.

Recovering from a hamstring injury sustained on county duty, Roach was a late inclusion for the side, and began the blitz with a double salvo. It’s not the first time Roach has helped in ripping through Bangladesh in Antigua, with his astonishing performance of 5/8 perhaps still in the back of their opponents’ minds.

Seales squeezed the pressure by claiming the third scalp, and Mayers’ nagging line put Bangladesh in a corner at 45/6. Joseph and Seales returned to clean up the tail.

A rock at the top of the West Indies order, Kraigg Brathwaite continues to show his class, closing the door on a potential Bangladesh hit-back.

Blunting the new ball threat of Mustafizur Rahman and Khaled Ahmed, the Barbadian will resume eight runs short of his 26th Test half-century, joined by the equally-measured Nkrumah Bonner (12*)

Brathwaite (4785) is closing in on 5000 Test runs for the side, and would become the 13th West Indies player to reach the milestone.

A spot in the 2023 would be unlikely given their final series are away to South Africa and Australia, though the current outfit should pose more questions in comparison to the West Indies sides that have toured the two countries in recent times.