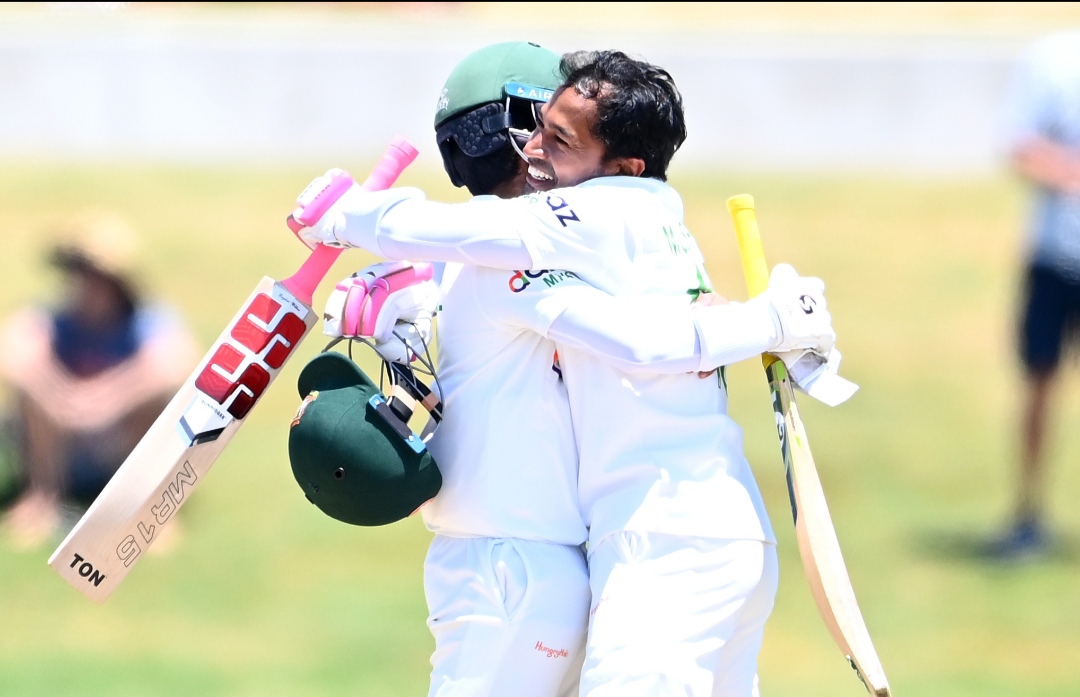 Finishing with a second innings spell of 6/46, Ebadot Hossain was adjudged Player of the Match, as the tourists chased down a target of 40.

With a bowling average of 81.54 from 10 Tests coming into the match, Ebadot realised his potential in a rampage across the final two days, finishing with seven wickets for the match. Taskin Ahmed joined Ebadot in to bundle the hosts out for just 169 early in the day, finishing with 3/36.

New Zealand’s batters had no answer for Bangladesh’s canny reverse swing, with Ross Taylor (40), playing his final Test at the venue, providing the only resistance.

As Ebadot beat Taylor’s defences to send New Zealand spiralling at 154/6, the hosts crumbled to be bowled out for just 169. Rachin Ravindra (16) was surrounded by four players to be dismissed for a duck. Bangladesh’s bowlers were backed by a clinical fielding effort, as Shoriful Islam and sub-fielder Taijul Islam took stunning catches to all but seal Bangladesh’s win – their first away Test win over a top-five ranked team and just their sixth victory abroad from 61 attempts.

Bangladesh made easy work of the 40 required in 16.5 overs to seal a historic win, in spite Shakib Al Hasan, Tamim Iqbal and Mahmudullah.

Bangladesh had not previously won any of their 43 matches in New Zealand across all three formats, while the result also ends the Kiwis’ eight-series home win streak that stretched back to 2017.

6th win away from home in 61 Tests