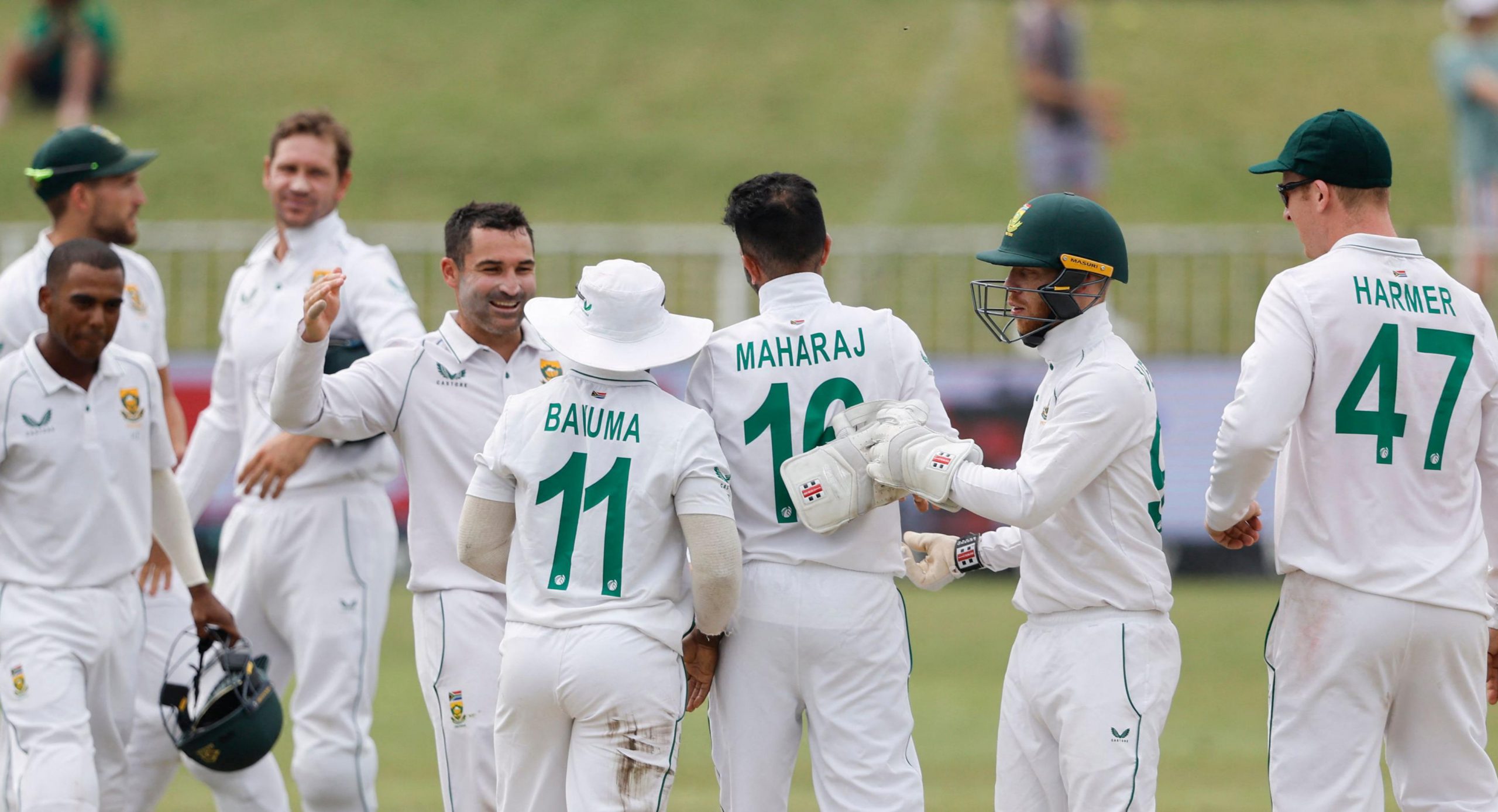 Durban, April 4: Keshav Maharaj and Simon Harmer spun a web around Bangladesh as they were bowled out within the first hour of the final day’s play as South Africa took a 1-0 lead in the two-match series.

Bangladesh were bowled out for a paltry 53 in the second innings, their second-lowest total in Test history. Keshav Maharaj was the wrecker-in-chief with the ball, finishing with figures of 7/32 in 10 overs. Simon Harmer picked up the other three wickets as the Proteas finished a 220-run demolition of the visitors.

The damage was done in the six-over passage of play towards stumps on day four where South Africa picked up three wickets after setting a final-innings target of 274.

The visitors were always behind the eight ball despite Mahmudul Hasan Joy’s century in the first innings. Harmer, playing his first Test since November 2015, grabbed a four-for, giving Proteas a crucial 69-run lead going into the second innings.

Elgar was the star with the bat for South Africa with a fifty in each innings, including a crucial 64 that took South Africa to 204 in the second innings and helped set Bangladesh a tough target.

Resuming at 11/3 on day five, Bangladesh were pegged back early as Mushfiqur Rahim was back in the pavilion in the very first over of the day. Maharaj trapped Rahim plumb in front of the wickets for a duck and followed it up by dismissing Liton Das for 2, reducing them to 16 for 5.

Yasir Ali and Najmul Hossain Shanto, in an attempt to break South Africa’s momentum, tried playing some aggressive shots, but Maharaj struck once again, bringing up his five-for by knocking off Ali’s off stump with a beauty of a delivery.

Harmer soon got in on the act. After getting smashed for a six down the ground by Shanto, the off-spinner hit back with the scalp of Mehidy Hasan for a duck.

Shanto and Taskin Ahmed were the only two batters who reached double digits for Bangladesh in their second innings. Shanto’s resistance finally ended when he perished for 26, thanks to a smart stumping by wicketkeeper Kyle Verreynne. Maharaj picked up a wicket each in his final two overs and completed his seven-for as Bangladesh folded for 53.

The two teams will next clash in Port Elizebeth in the second and final Test, starting 7 April.