Bangladesh hit back with bat and ball at the Bay Oval 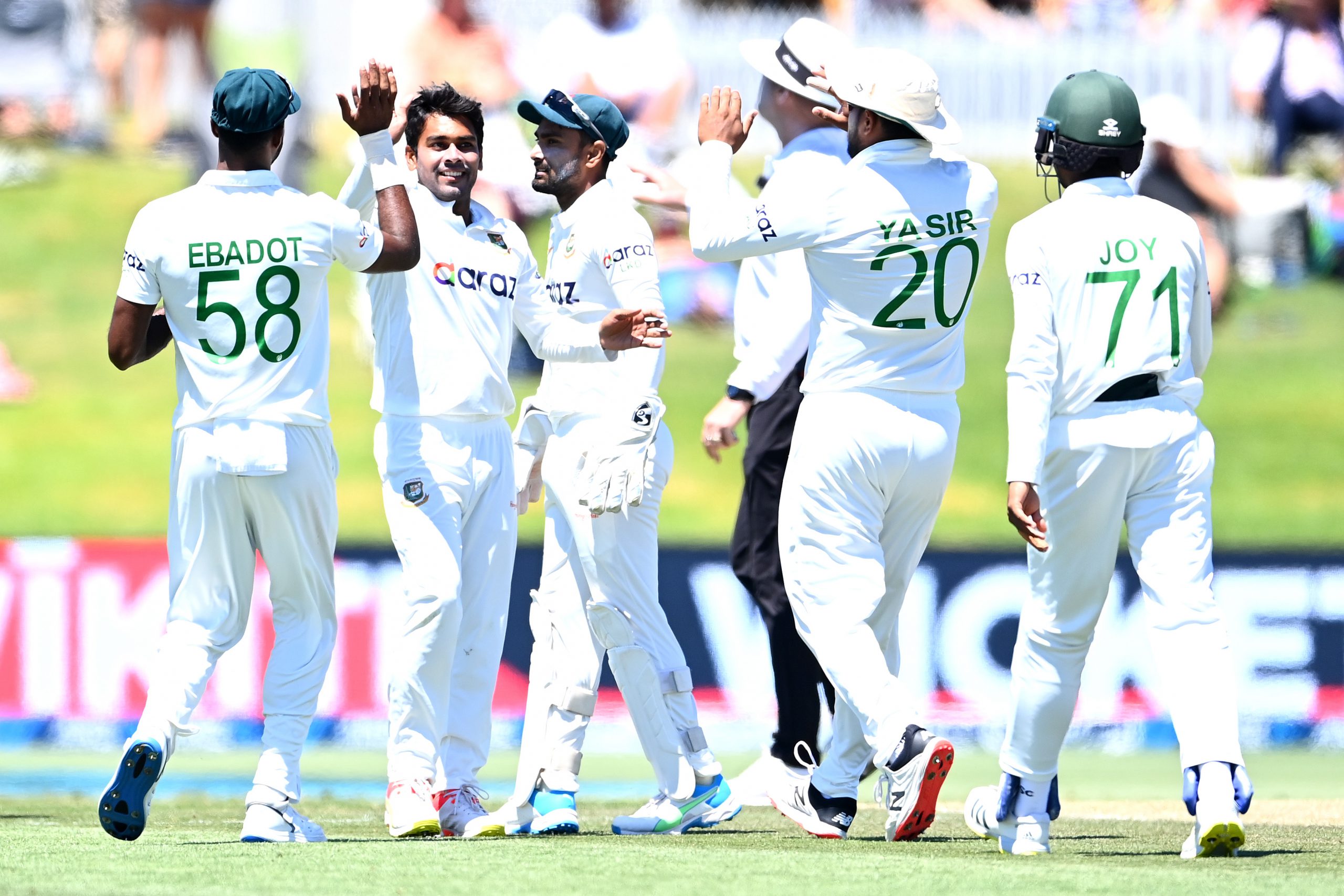 Oval, January 2: Mominul Haque’s side provided a stiff challenge for the hosts on day two, claiming 5/70 in the morning session and setting a platform for a strong first innings total.

After the loss of Tom Blundell at the end of day one, Rachin Ravindra walked out with Henry Nicholls resuming on 32*. Ravindra would only spend five overs at the crease, before a tentative press forward brought the end to his stay. Reaching low and forward at third slip, Shadman Islam snapped up the chance for Shoriful Islam’s third wicket.

Kyle Jamieson joined Nicholls, and the pair put on a partnership of 32, of which Nicholls contributed 24. Attempting to counter, Jamieson fell for the extra flight of Mehidy Hasan Miraz, holing out to Shadman who was a magnet in the field.

Shadman dropped a chance off No.11 Trent Boult, but made amends almost immediately, taking the catch of Nicholls for 75 to end the innings. Tim Southee and Neil Wagner provided little support for Nicholls earlier, making six and a duck respectively in a disappointing collapse of 5/70 over the course of the morning for the hosts.

Bangladesh were solid in reply with the bat, seeing a tricky period off before lunch, moving to 70/1 by the tea break. Shadman Islam (22) spooned a catch back to Wagner in his follow-through, though the pair of Mahmudul Hasan Joy and Najmul Hossain Shanto dug in for the tourists, putting on 104.

The pair rode their luck with shots hit at catchable height, though the ball evaded New Zealand’s awaiting fielders in a frustrating afternoon for the hosts. Not all of New Zealand’s bad fortune was out of their control however, with Neil Wagner and his side not referring an lbw decision against Mahmudul that would have been overturned if taken upstairs.

The tourists went unbeaten through the first hour of the day’s final session, with Shanto bringing up his second Test half-century with a six over mid-wicket. Mahmudul joined him with a fifty (his first in Test cricket), with the partnership only broken by a smart piece of bowling from Wagner. Working the left-hander over with short-pitched bowling, Wagner pushed his length up, drawing an edge to Will Young.

Mominul Haque entered at No.4 and prevented a late collapse with some mature batting, finishing on 8* after joining Mahmudul to see off the day.

Mahmudul will resume on day three needing 30 runs for his maiden Test century.