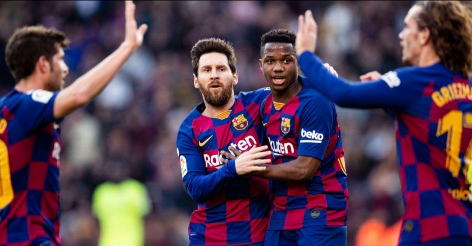 Last year Champions league winner, Bayern Munich ($4.215 billion) are third on the list while the Premier League’s ‘Big Six’ — Manchester United, Liverpool, Manchester City, Chelsea, Arsenal and Tottenham Hotspur — are in the top 10.French champions and last year’s Champions League runners-up Paris St Germain moved up to ninth after being valued at $2.5 billion with a 129% increase in two years — the biggest increase among the top 10 clubs.”

The pain is far from over, with a worsening decline in matchday revenue during the current season, as most of the teams in Europe’s top leagues still permit few fans to attend games,” wrote Forbes’ assistant managing editor Mike Ozanian.

Forbes article further says that Barcelona’s rise comes as the club has been caught in a public fight with superstar Lionel Messi, the world’s highest-paid player, who threatened to leave last year before the final season under his contract. The months-long cliffhanger ended with Messi staying put and the team’s president resigning.

“The world’s 20 most valuable soccer teams are worth an average of $2.28 billion apiece, an increase of 30% from two years ago, the last time we published the ranking. The jump comes despite a decline in revenue caused by limited attendance during the pandemic, with buyers focused on what they see as still untapped revenue potential in the sport’s massive global following,” Forbes report said.