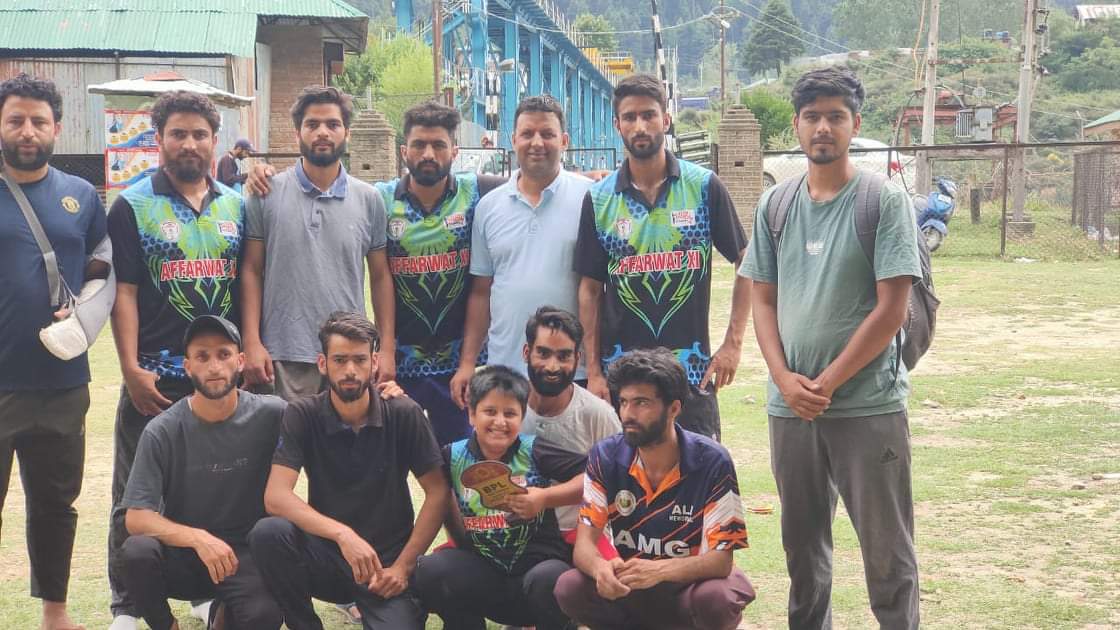 Baramulla, 29 July 2021: Affarwat-XI registered another win as they knocked Deeni-XI out of Barrage Premiere League Gantamulla 2021 in a nail-bitting two wicket victory.

Earlier it was Deeni-XI skipper Hilal Ahmad who elected to bat first after winning the toss.Deeni-XI set a decent target of 162 runs on board in alloted 20 overs.Deeni-XI ‘s toatal was boosted by opener Rafaqat Pollard with quick fire 33 runs off 17 balls and Aafaaq Pandith with 27 runs off 16 balls while Faisal Mir added 29 runs off 34 balls.

Visitor’s bowling was brutally attacked by these powerful hitters of the ball ,it was Skipper Latief Ahmad and Rayees who managed to got them out .Latif Ahmad bold splendidly and Scalped four important wickets while Rayees and Mahir took 2 wickets each supported by Shahid and Ishfaq Wani with one wicket each.

Affarwat-XI was without five of its leading players, either injured or rest due to continuos schedule of matches.

In reply Affarwat-XI lost wickets in regular intervals.Affarwat-XI was 76/6 ,Rayees Came into the crease and smashed unbeaten quick fire fifty off 30 balls with five fours and four sixes chased the decent target of 162 runs for 8 wickets in 17.4 overs.Rayees was helped over line by unbeaten Umar Mir ( 24 runs off 20 balls ) as the pair added 72 runs for the ninth wicket ,turning the match firmly in the visitor’s favour.Visitor’s arrived late half an hour in the field which costs 2 overs deduction.Hilal and Shahid scalped three wickets each for Deeni-XI .

Rayees Was declared player of the match for his splendid allround performance .