Thunder’s needed 5 off the last ball with Morgan at the strikers’ end. The cool-headed England captain held his nerves and deposited Hilfenhaus’s attempted yorker straight back over the sightscreen to snatch an amazing 6-wicket win for Thunders. 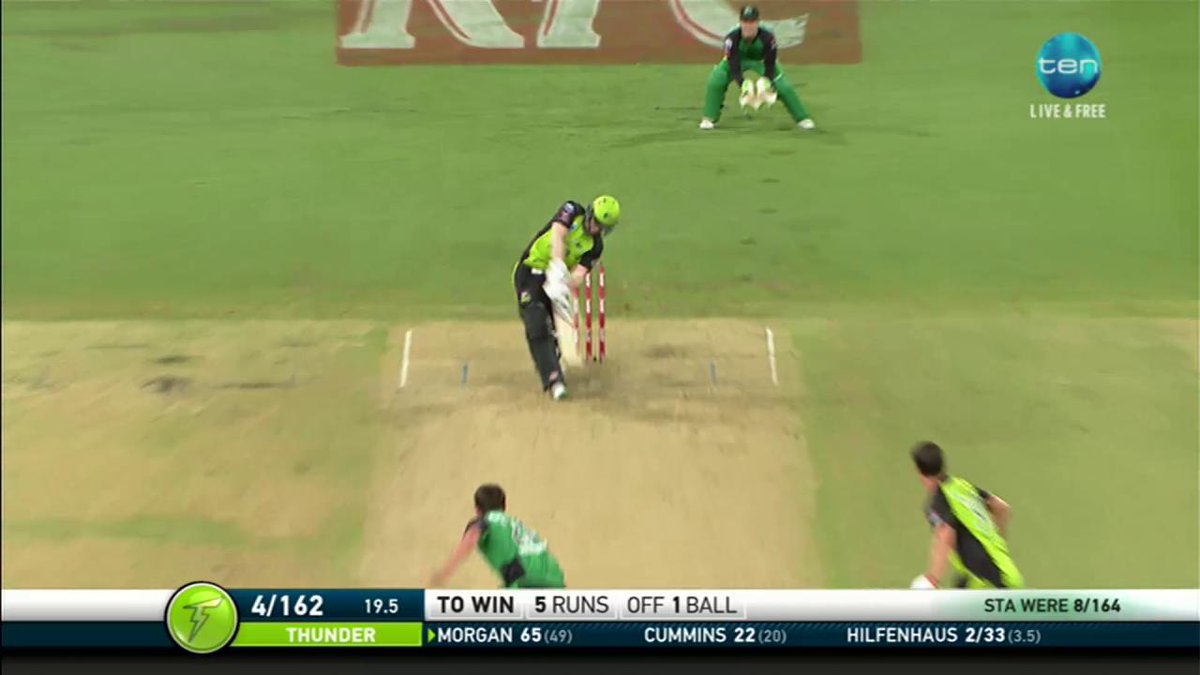 The odds were against Thunders, with 16 to get off the last over. But Morgan and Cummins had other ideas. Their unbroken 84-run stand off just 43 balls dashed all hopes of the Stars.

In his knock off 71, Morgan cleared the ropes three times but none more important than the last ball screamer over the sightscreen.

Batting first, Melbourne Stars rode on a blistering Kevin Pietersen half-century to reach to a competitive 166 for 8. Though, at one stage they looked getting beyond 180 when their top three- Maxwell, Look Wright and Pietersen going all guns blazing. It was Shane Watson who brought the Thunders back into the game with figures of 3 for 23.

In reply, Thunders lost their top three with 43 on board, when Morgan started the rebuilding with Ben Rohrer. After Rohrer’s departure, Pat Cummins gave able support to Morgan as the swashbuckling left-hander led Thunders over the line.